Let's Get This Thing Started!

So happy that it is May, and I had a great weekend in Indianapolis running the Indy Mini Marathon on Saturday and checking out the aero kit test at IMS on Sunday.

Of course, I'll mostly be writing on the latter in this space, and if you want to read my post about my Mini experience, you can check out my running blog Let's Run Forever. But, there is a connection given that the Speedway is incorporated into both events. The track is the turnaround point for the race before heading to the finish downtown, and includes a lap around the track, no doubt a big drawing point for a lot of people. 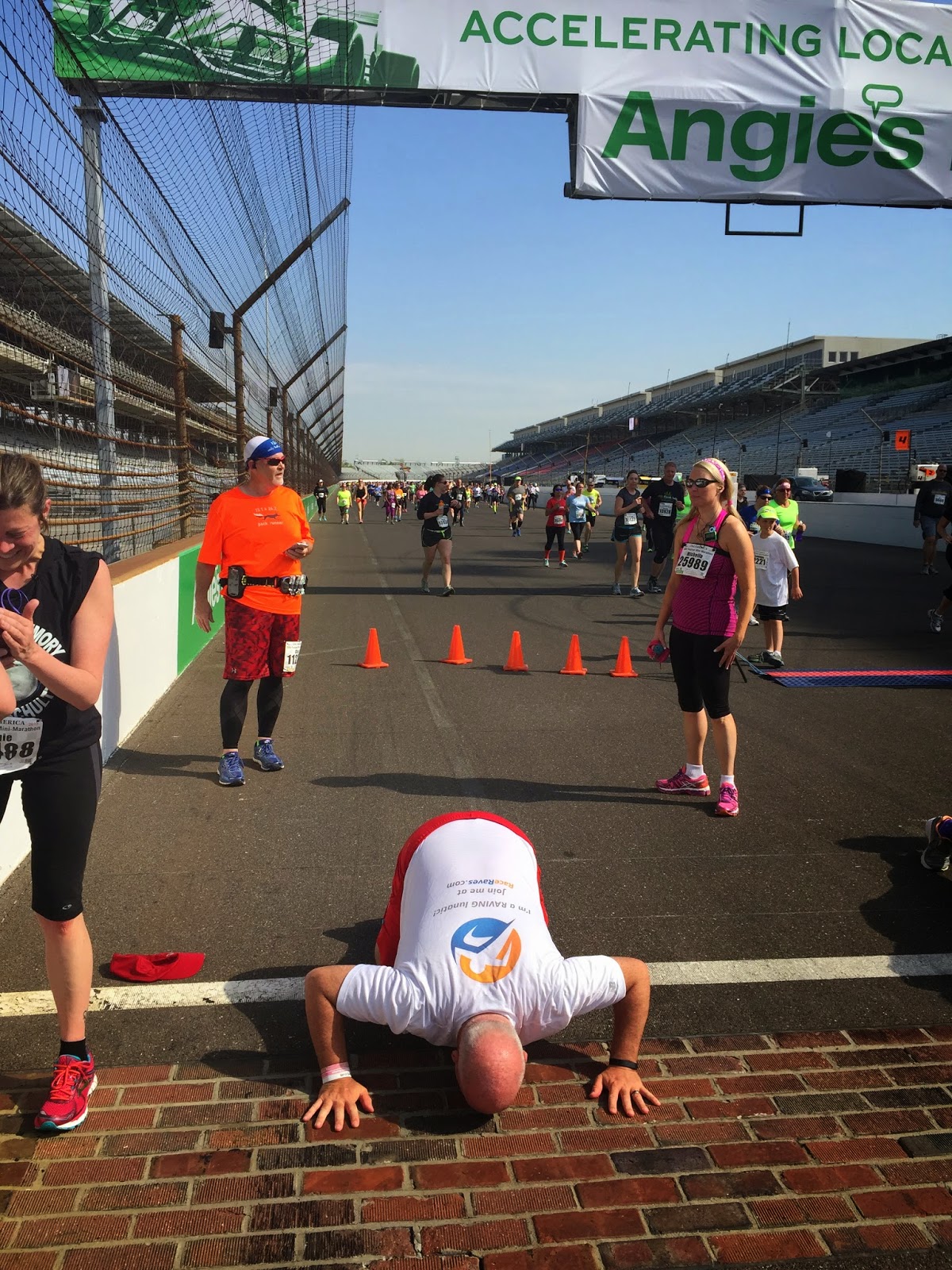 This was the eighth time I had run the Mini, but the first where I had an iPhone. So what did I do? I kissed the bricks of course! Lot's of other people did too, and let me tell you, it was one of the coolest things ever.

OK, so on to Sunday. With the weekend having been as long as it was, Darcy and I planned on going to the track for the first hour or two of the afternoon session before heading home. The only problem was that the session started at 1 p.m. and we had to be out of our hotel by 11. We kind of wondered what we were going to do to fill the time, but decided to go to the track and wander around.

Good decision. No, make that, GREAT decision. When we arrived just after noon and made our way to the area behind the Pagoda, we looked up on the video screen and saw that they were letting folks out on pit road for a pit walk! 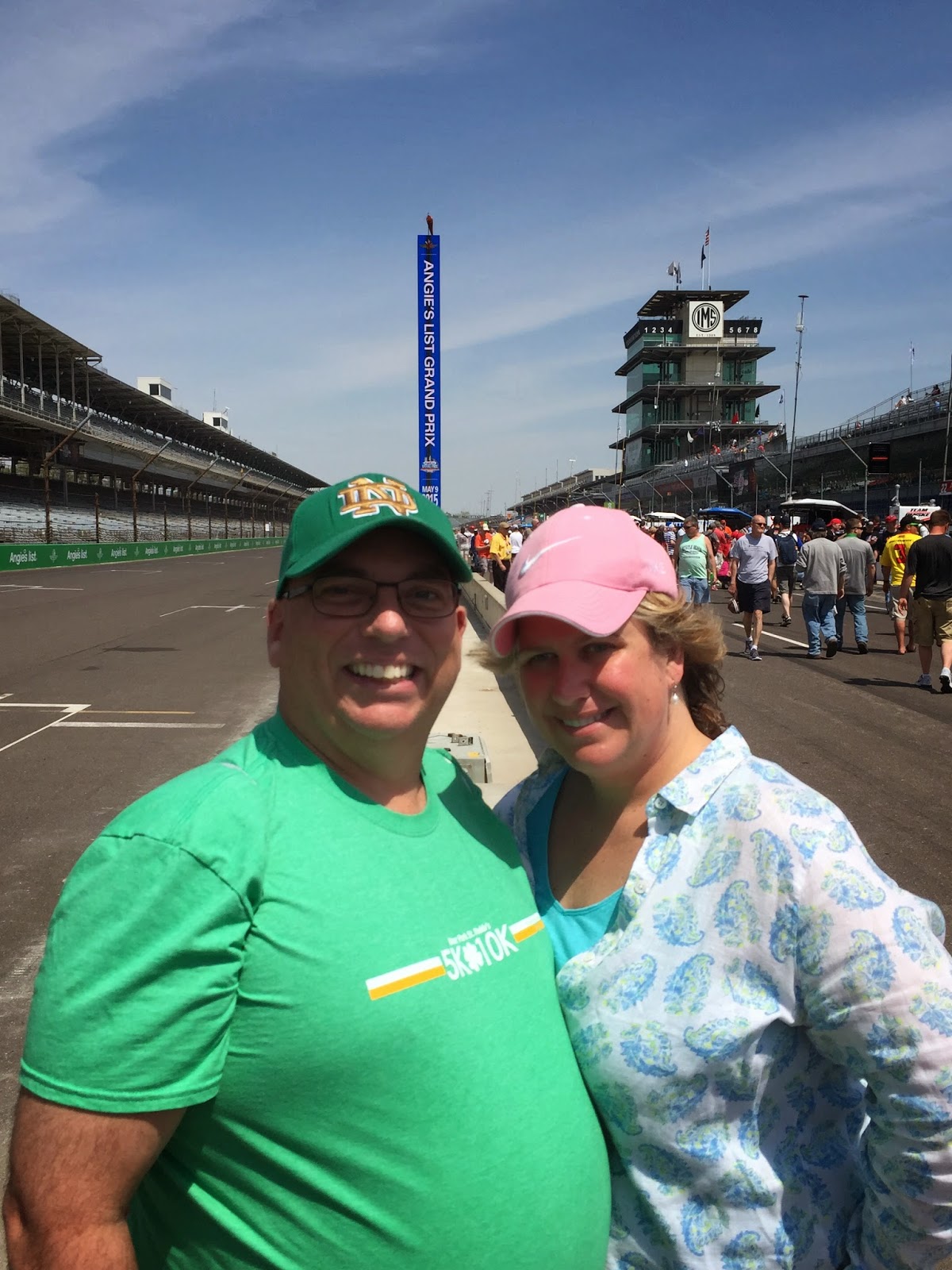 Thumbs up to the person who came up with that idea because it was a big deal for a lot of people. The pits remained open for the better part of an hour, and we were allowed to wander up and down pit road to our hearts' content. For opening day there was a pretty good crowd on hand and everyone who was on the grounds seemed to be out enjoying the experience.

Darcy and I took advantage of the opportunity to get our picture taken together at the end of the pit wall. It was pretty cool to be down there again after running past that same spot the day before.

Pippa Mann's pit was especially popular as they left her car out there for people to look at up close and get some pictures. Her car was at the north end of the track and by the time we wandered down to the south end, Team Penske, yes, believe it or not, Team Penske, had pulled the cars of Helio Castroneves and Simon Pagenaud to their pit stalls. I was pretty impressed with the fact Penske lent so much access to their cars and their operation. I think in years past they would've had some sort of velvet rope or burly bodyguards watching everyone and breaking the cameras of the people trying to take photos of the cars! 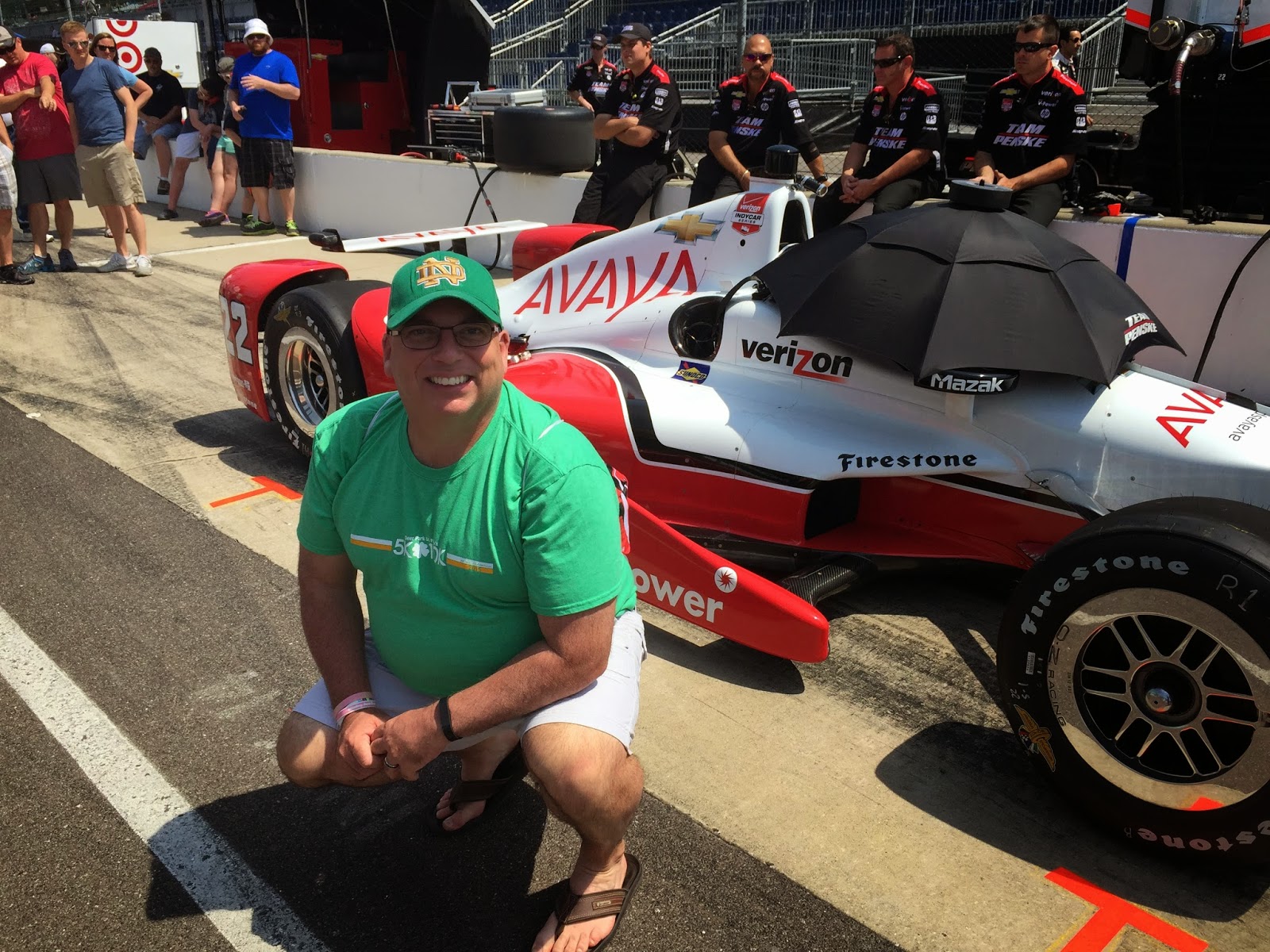 People were very respectful of the guys who were doing work, and they in turn let us get pretty much as close to the cars as we wanted. Here I am posing next to Pagenaud's car.

One great thing about getting so close to the cars was that I got a great look at the new oval aero kits. I'm not a total fan of the road course kids -- I think they look like a set of Venetian blinds -- but they race well...oh, hell, who am I kidding, they race like crazy, and as long as that happens I figure I will get used to them.

The oval kits are a different story. I like them, a lot. From the side the car looks like an absolute bullet, it seems like all of the lines of the car transition very well from the front to the back. But the most striking feature to the kits are the wings, they are just so small! The Honda kit's rear wing has a little more to it than the Chevy's (as you can see in the picture), but it's amazing up close how small and narrow they are.

When it was time to clear the pits as practice was about to begin, I matched the driver to his car as Simon was kind enough to pose for a picture with me. And later on, Josef Newgarden did the same as he was leaving the garage area. I have a goofy look on my face with Josef because I was congratulating him on his win at Barber last weekend! 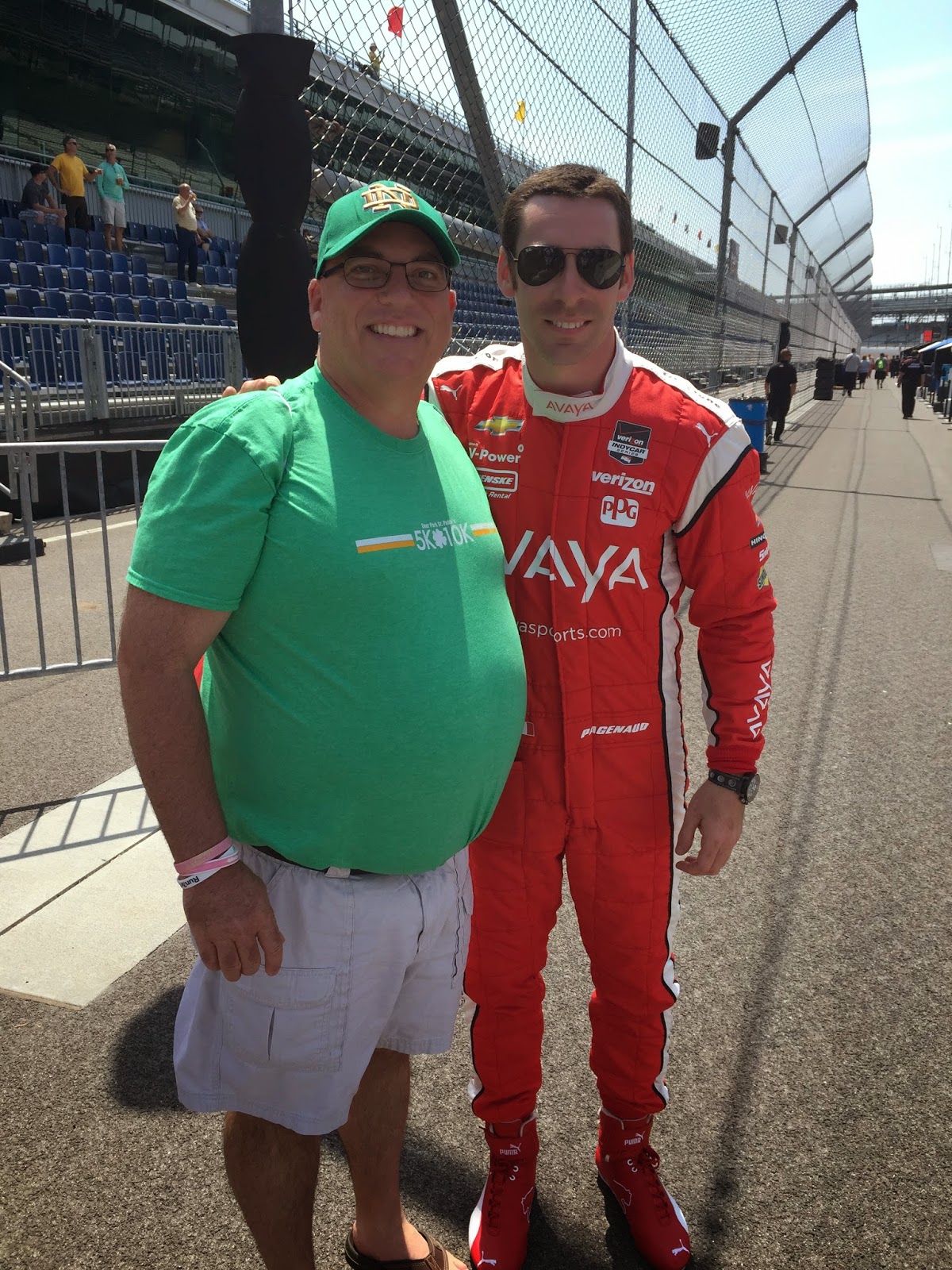 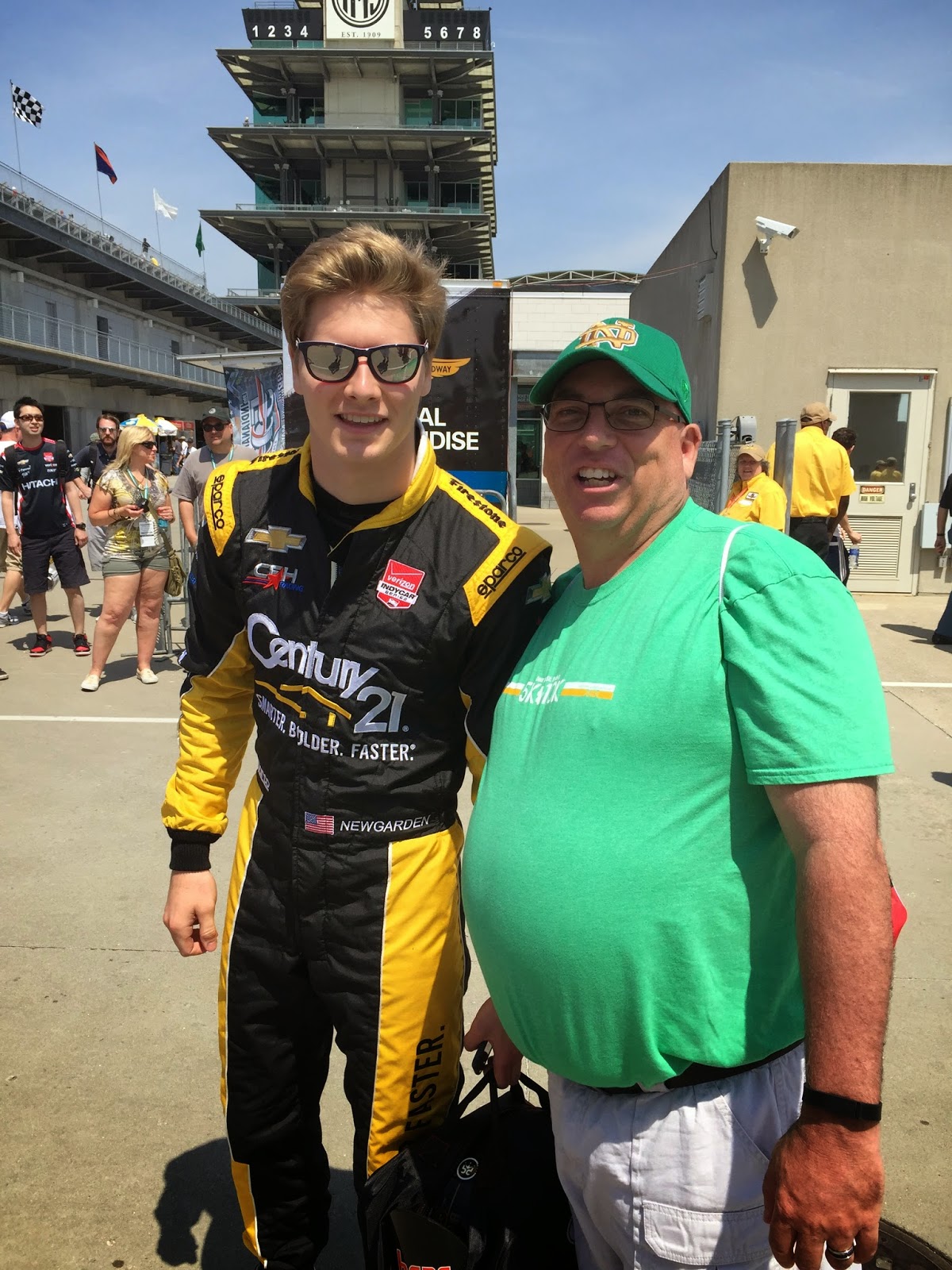 Anyway, I'm going to editorialize for a minute. Last week I posted something to the effect that I don't concern myself with things like attendance and TV ratings and such. Yes, they are all important to the health and welfare of the series, but here's the thing...what I like about the series, right here and right now, is to be able to do what I did today.

When I talk about being careful for what you wish for, this is what I mean. If IndyCar ever became a behemoth like NASCAR, we wouldn't be able to do this stuff. We wouldn't be able to walk the pits for free and we sure as hell wouldn't be able to saunter up to a driver and get photos or autographs. I want to see the series become viable and successful financially, but not at the expense of what makes it such a great thing to the fans. Personally, I like the series being big enough to draw 250,000 fans to the Indy 500, but small enough that we can all feel a part of it and have a personal investment in it.

OK, done with that. Once practice started, Darcy and I headed up to the grandstands, where we stayed until about 2:30 before heading home. It was such a glorious day to be outside, and hopefully a precursor of things to come this month, especially on the 24th!

Overall I saw about 20 cars on the track, and it was pretty uneventful. Being that it was not only the first day of practice and the debut of the oval kits, no one tried to do anything heroic and the speeds seemed to reflect that. While Juan Pablo Montoya got a tow and posted a 226 mph lap to set the day's best speed, it looked like everyone was in the learning and development stages. You could tell as the cars came by that the rear wings were level and pretty neutral. In fact, it looked like a couple of cars even had a little bit of a positive slant to them. I bet that will change next week when practice starts for real!

Still, it was an awesome day to be at the Speedway and it was great to see the cars back out on the track again. Racing activity for the next three weeks at the Speedway...who's got it better than us?

Below is a bit of a gallery of other photos. Enjoy! 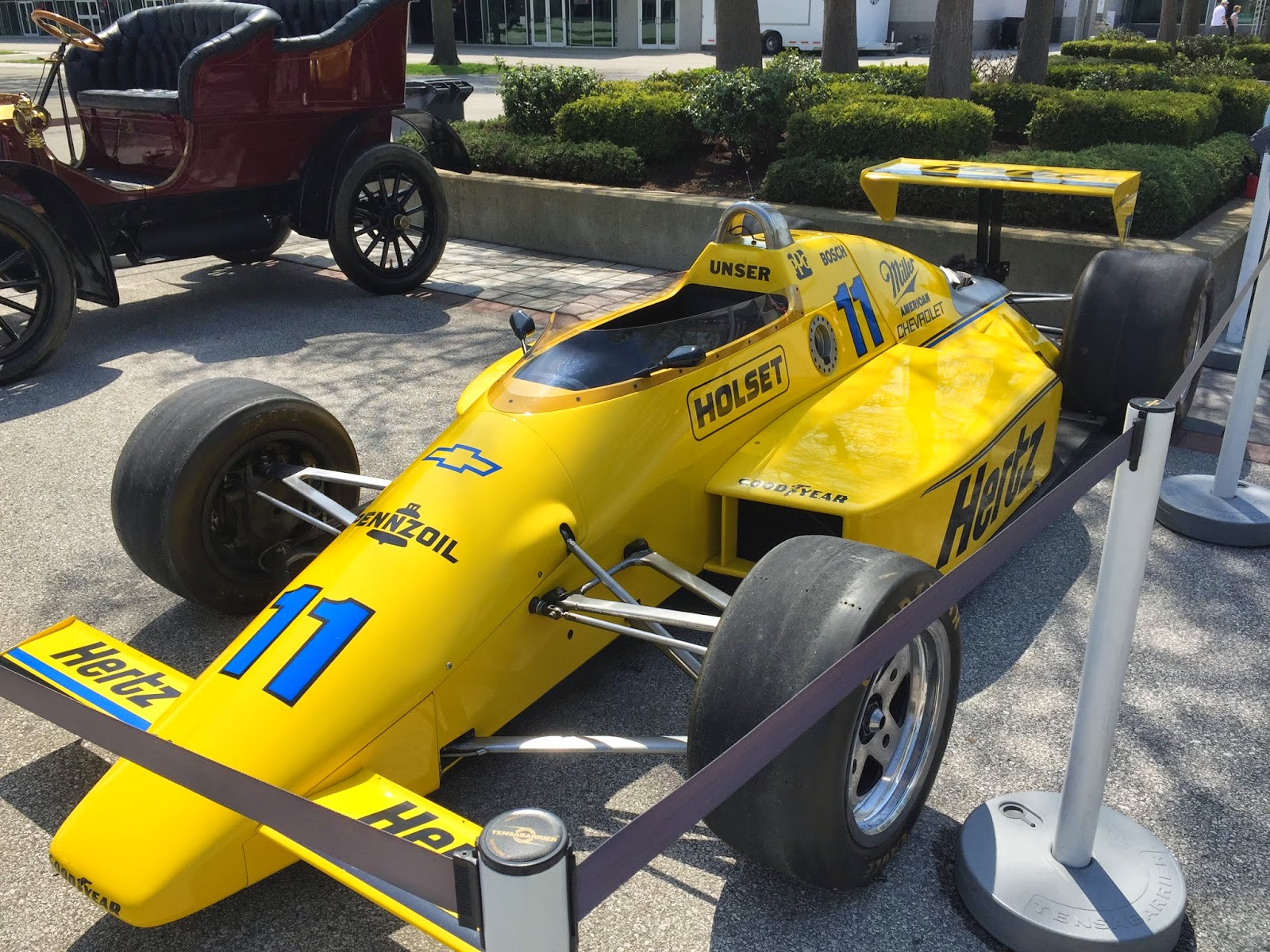 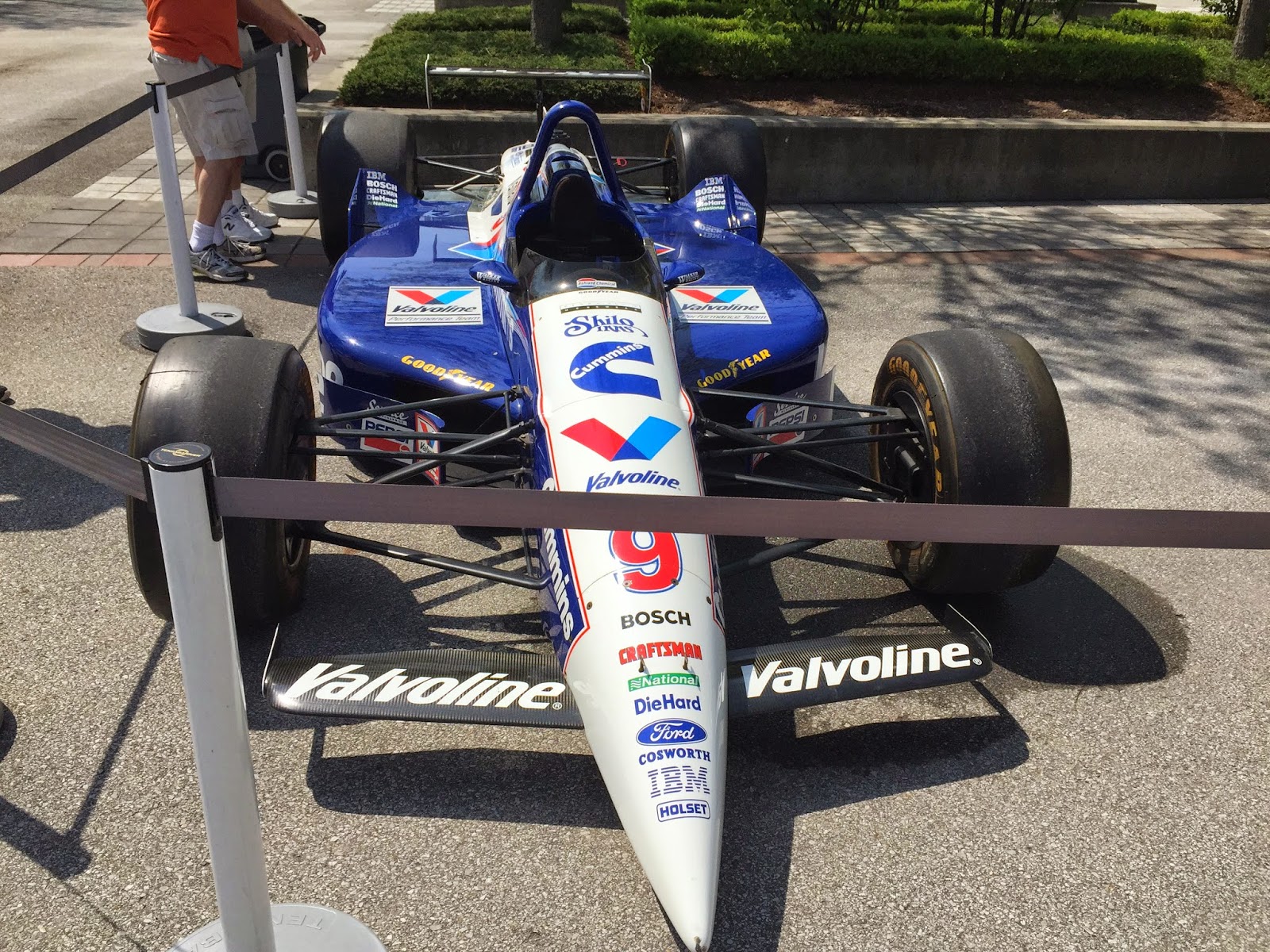 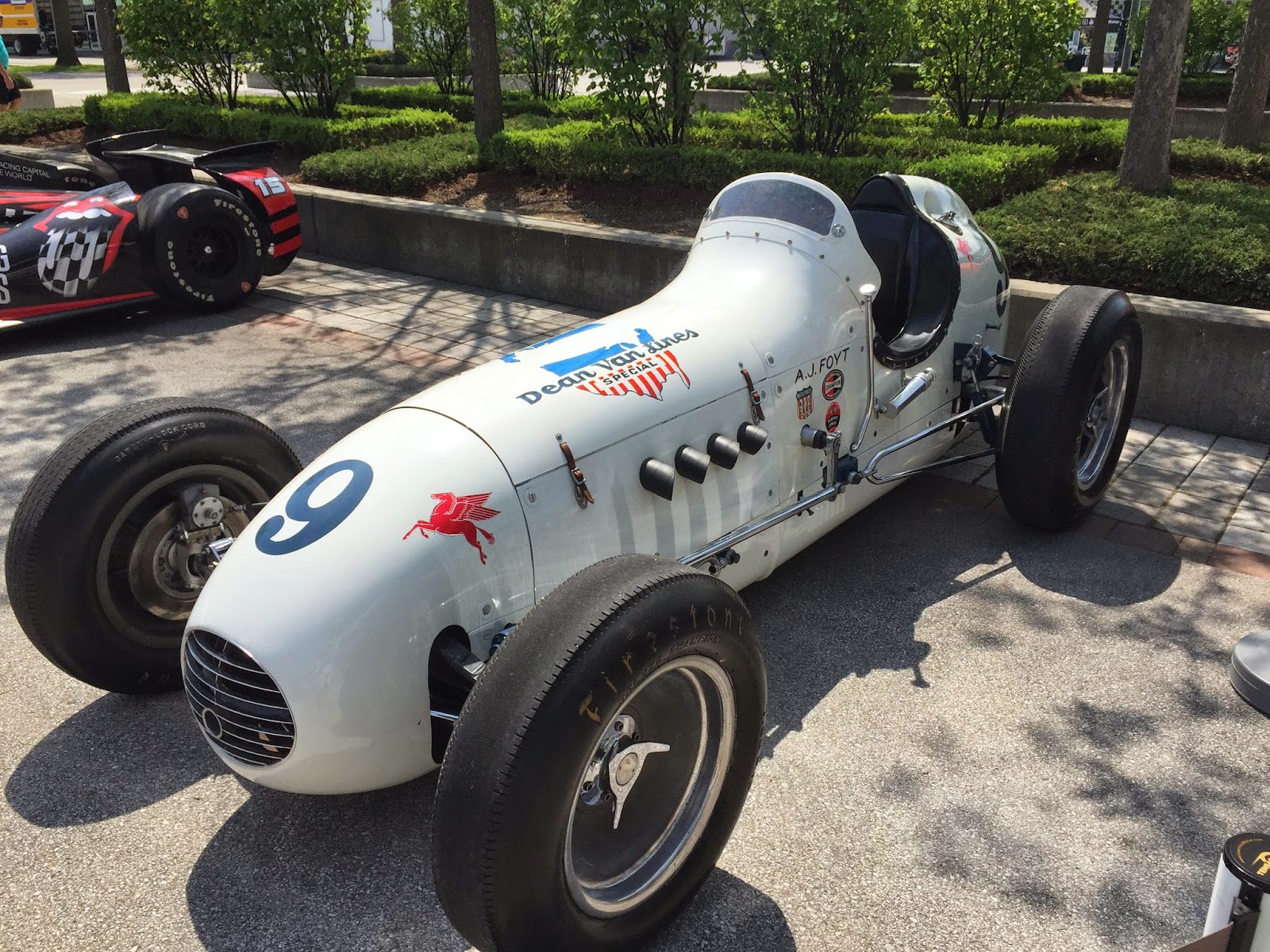 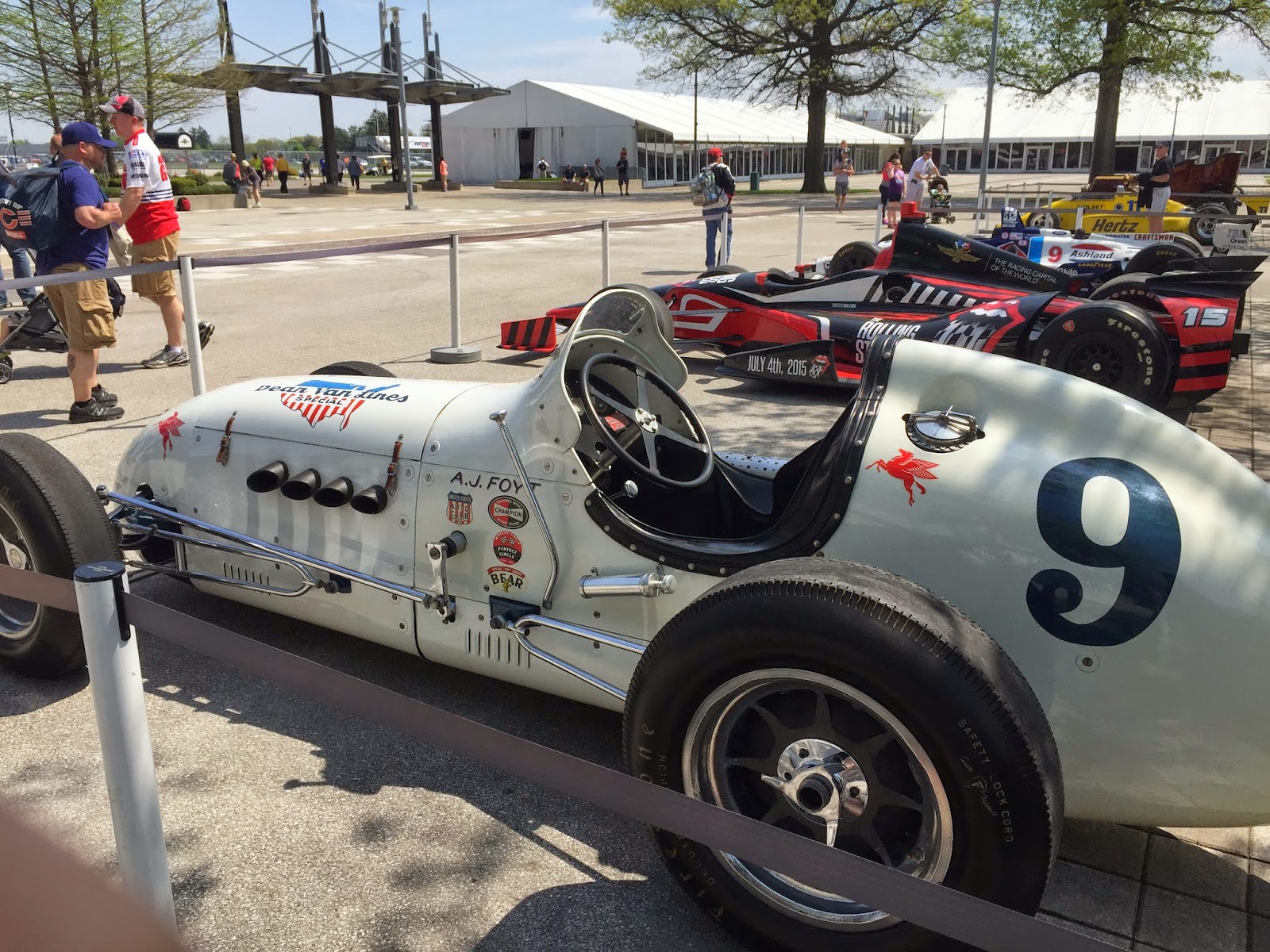 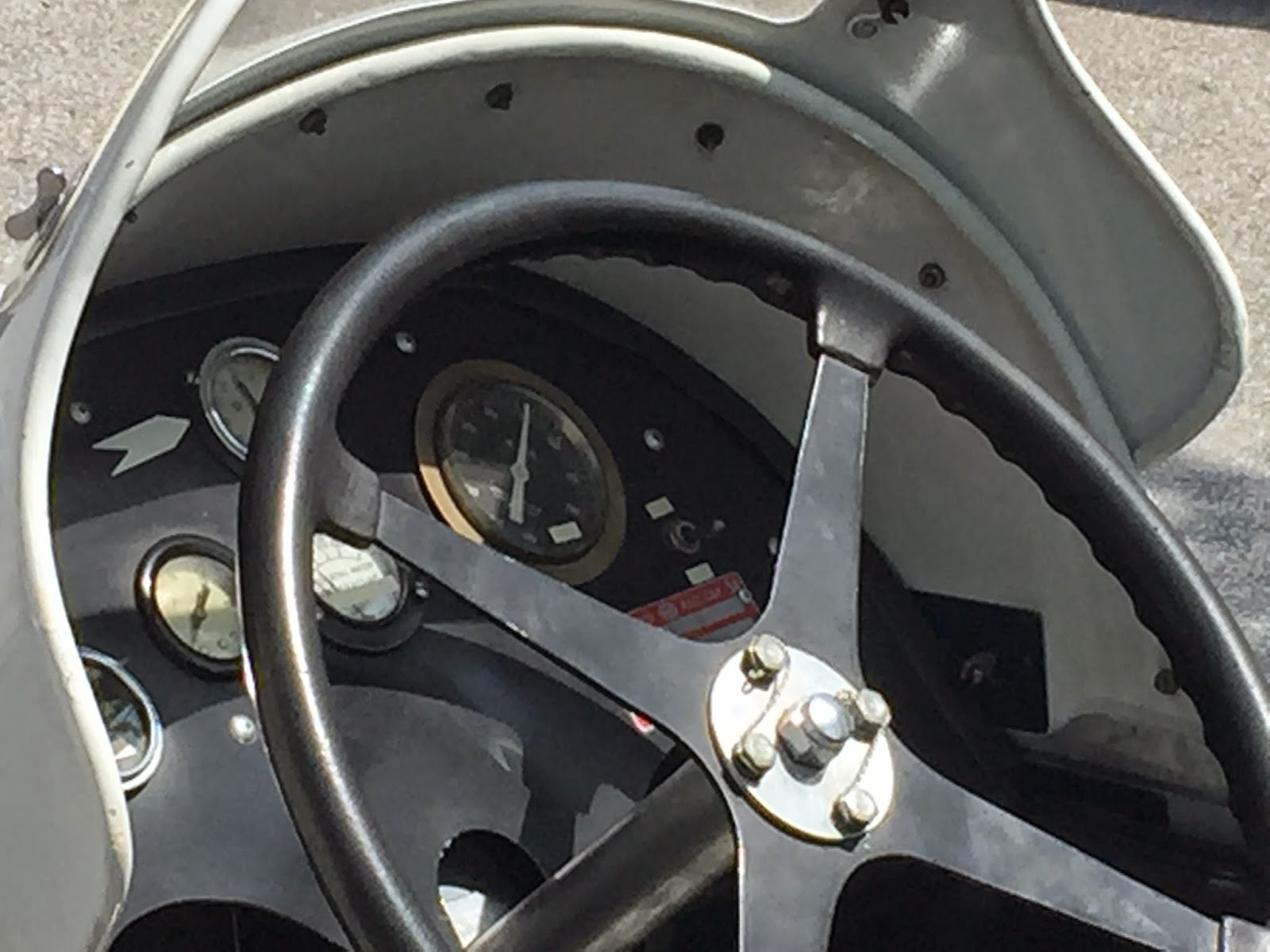 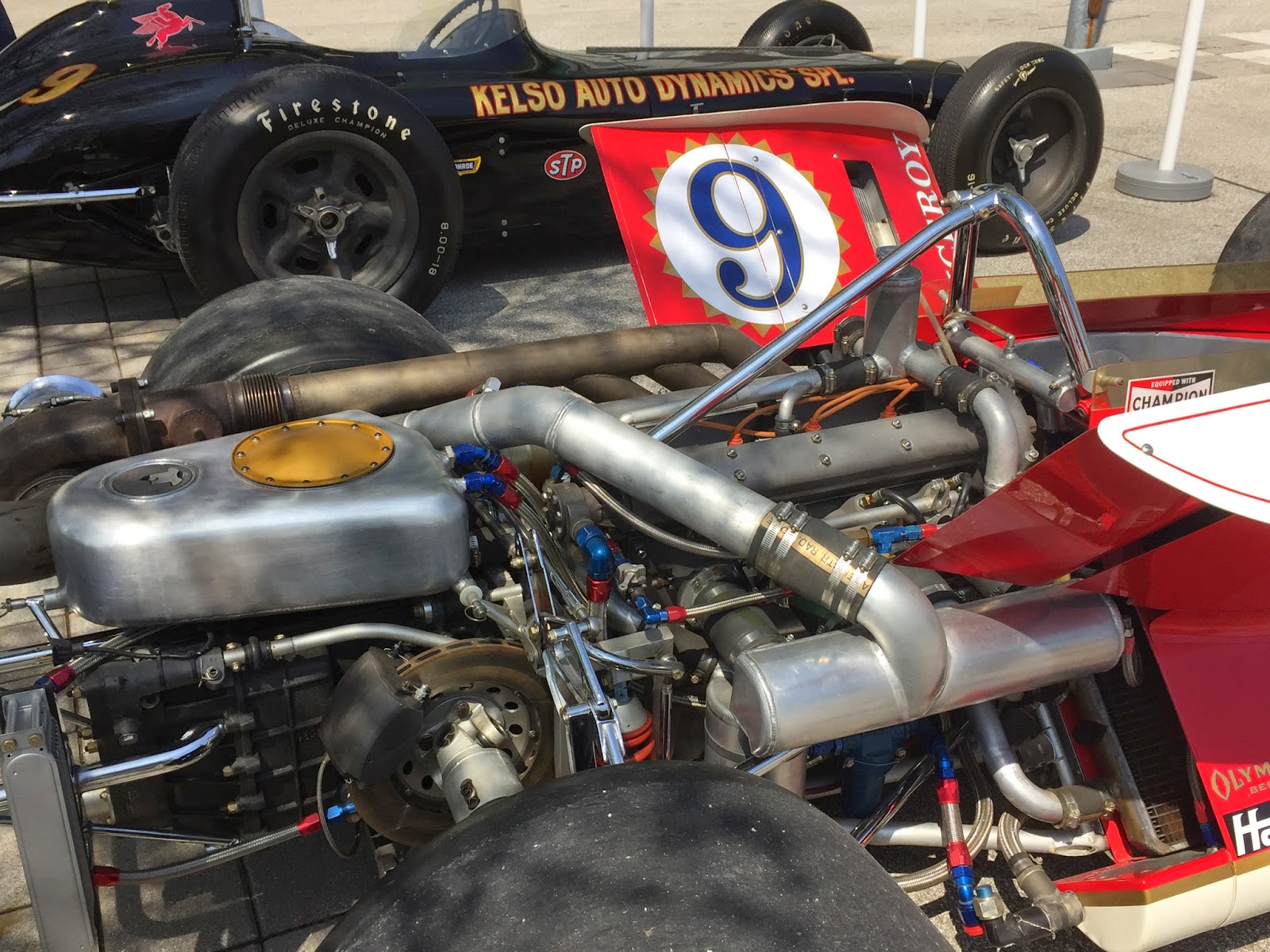 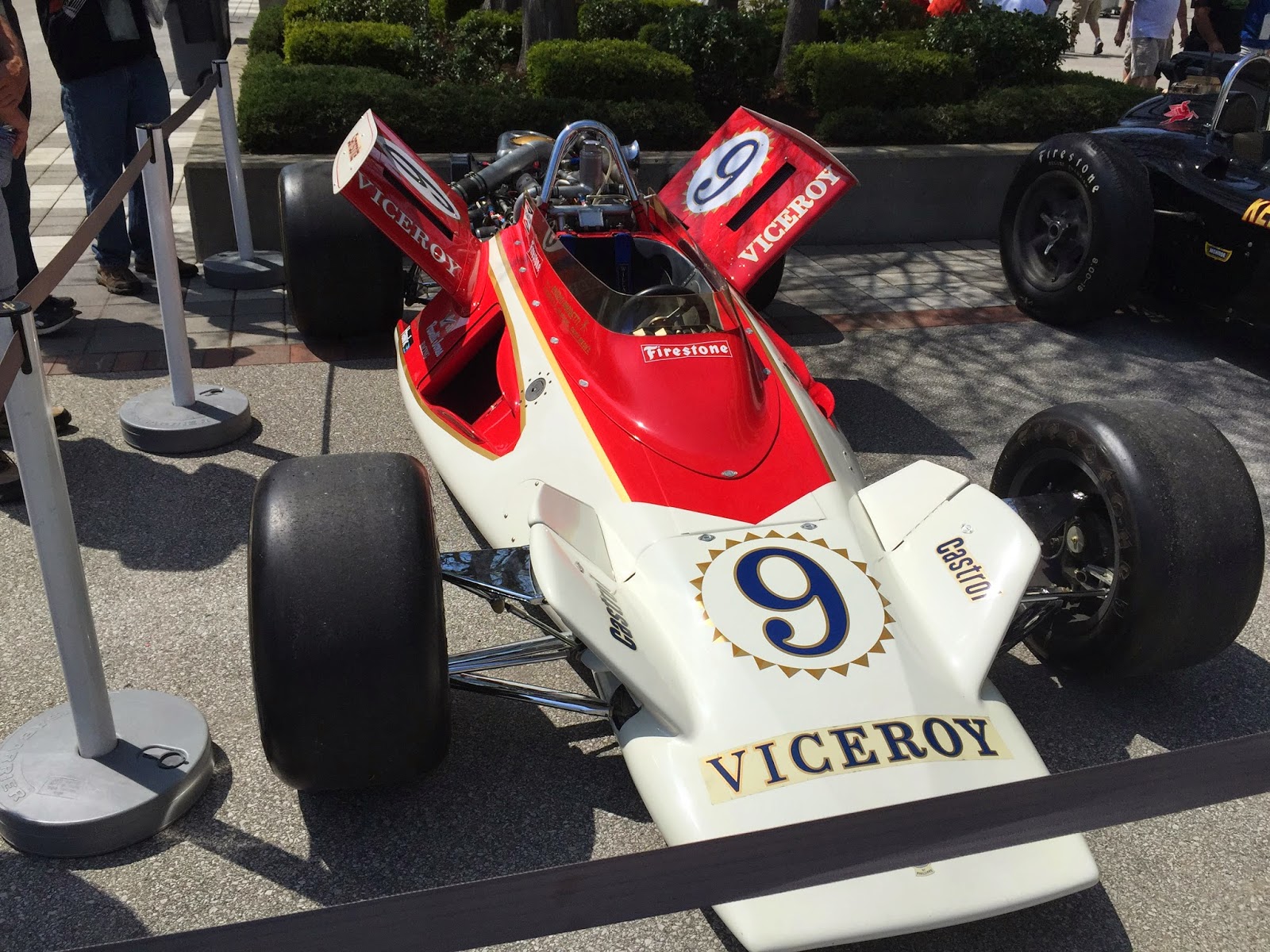 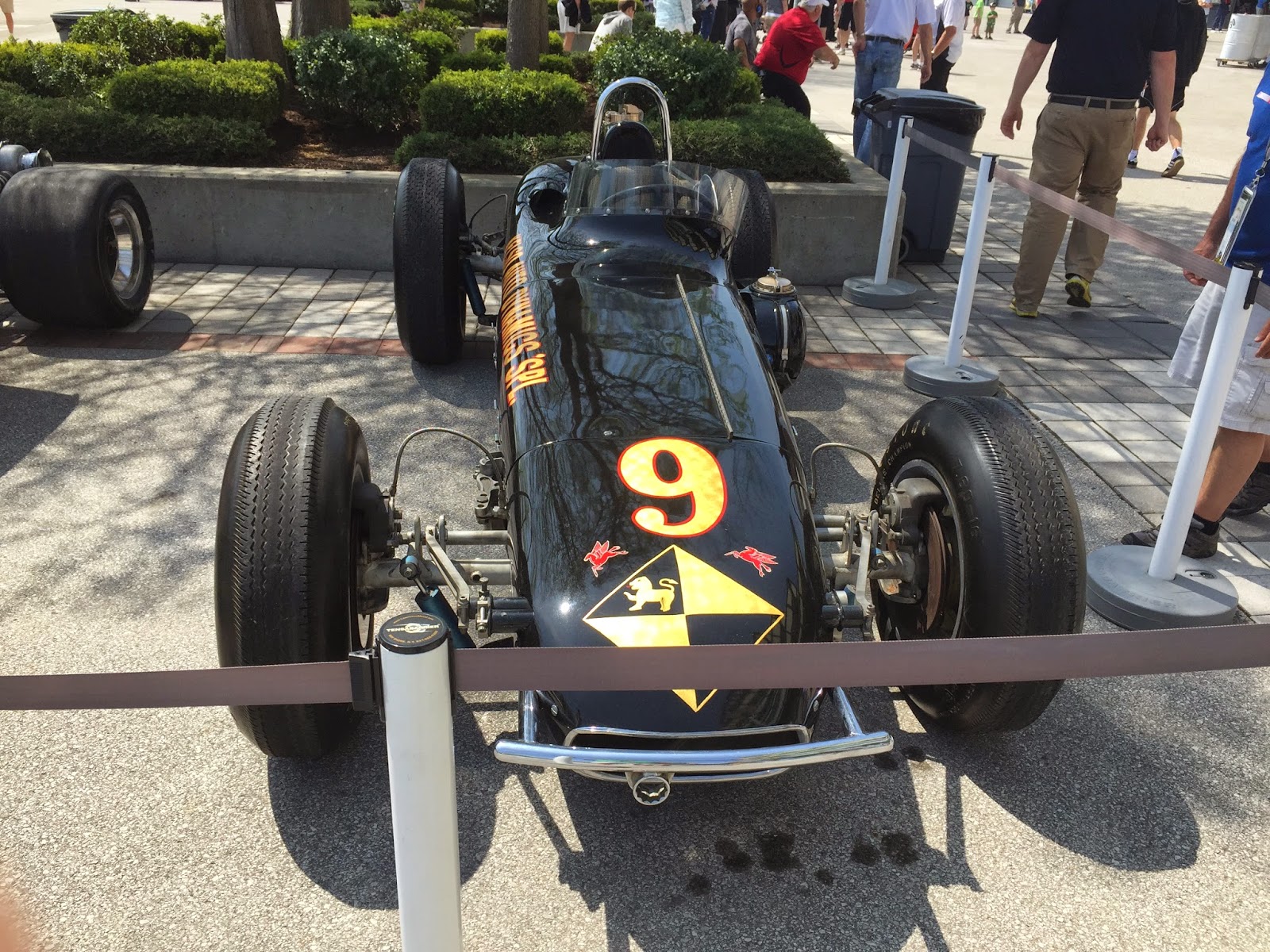 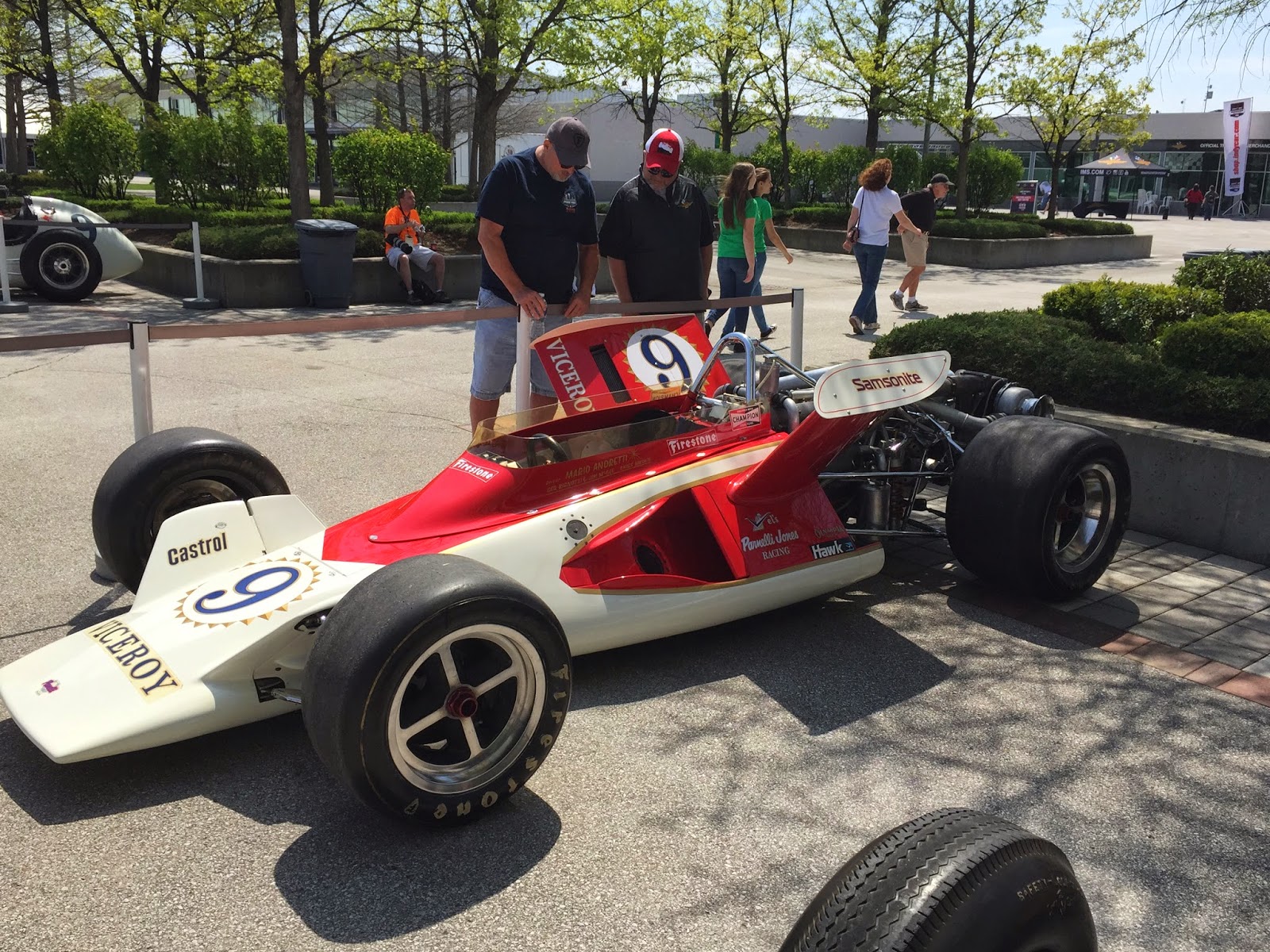 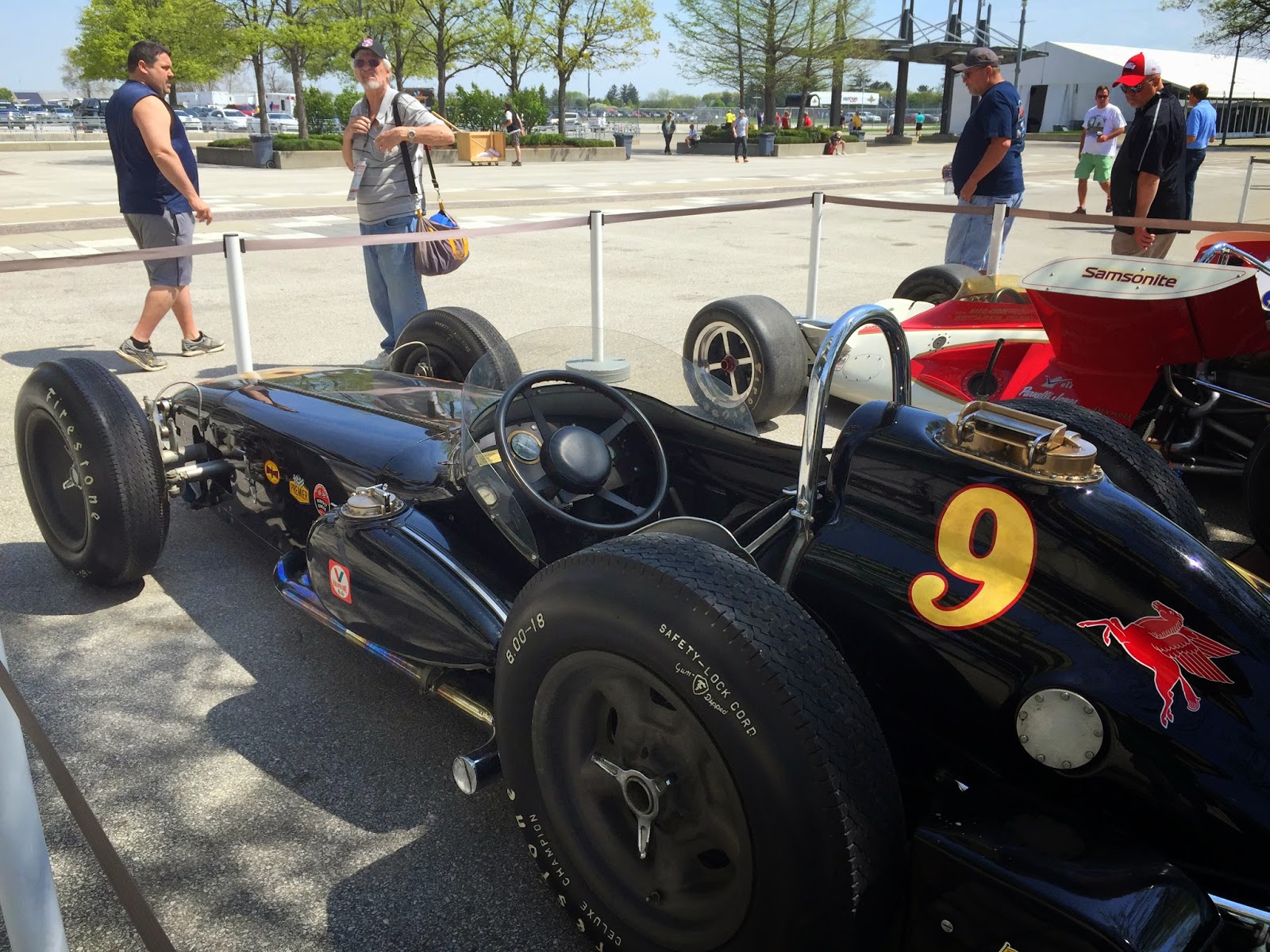 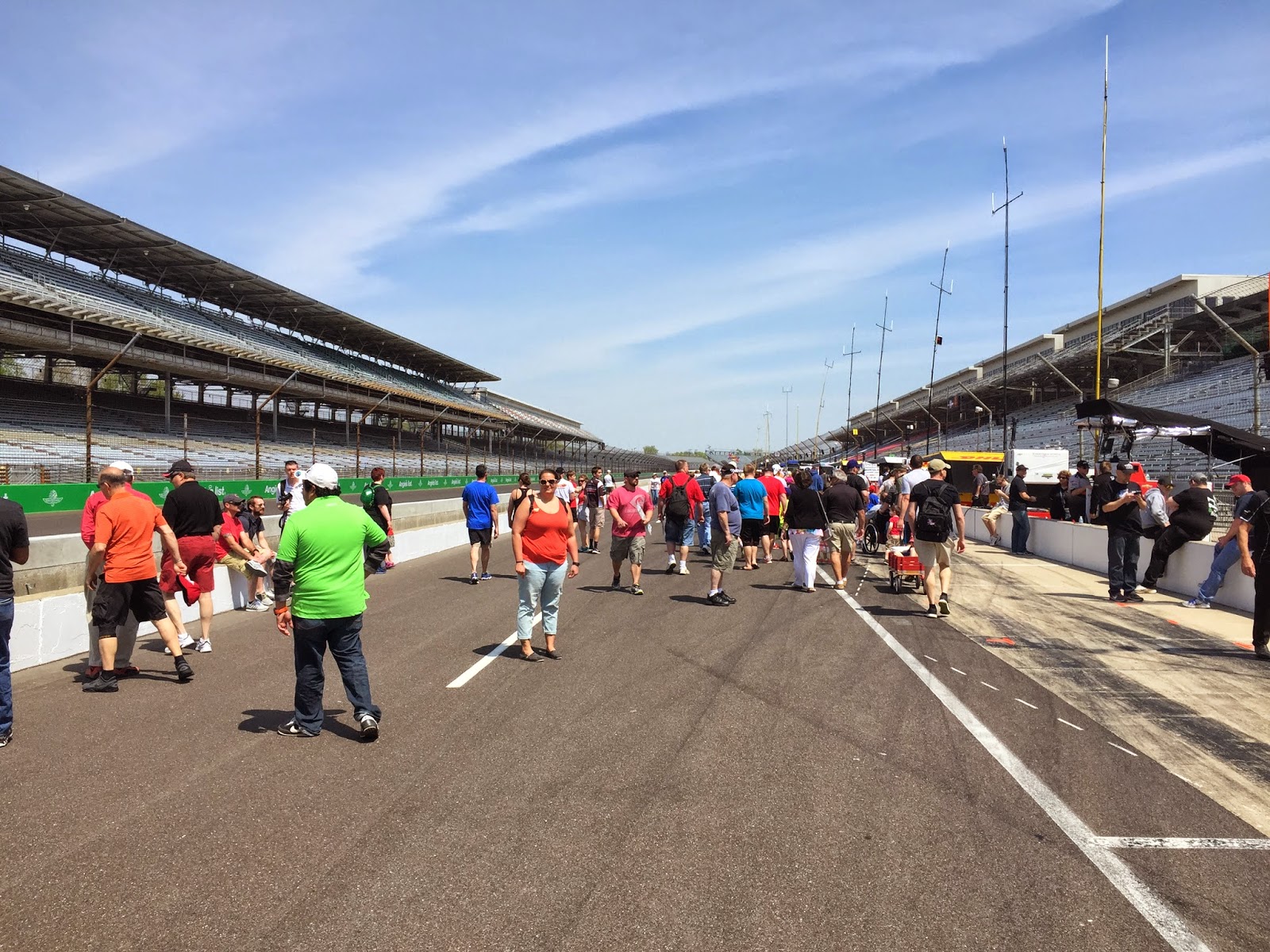 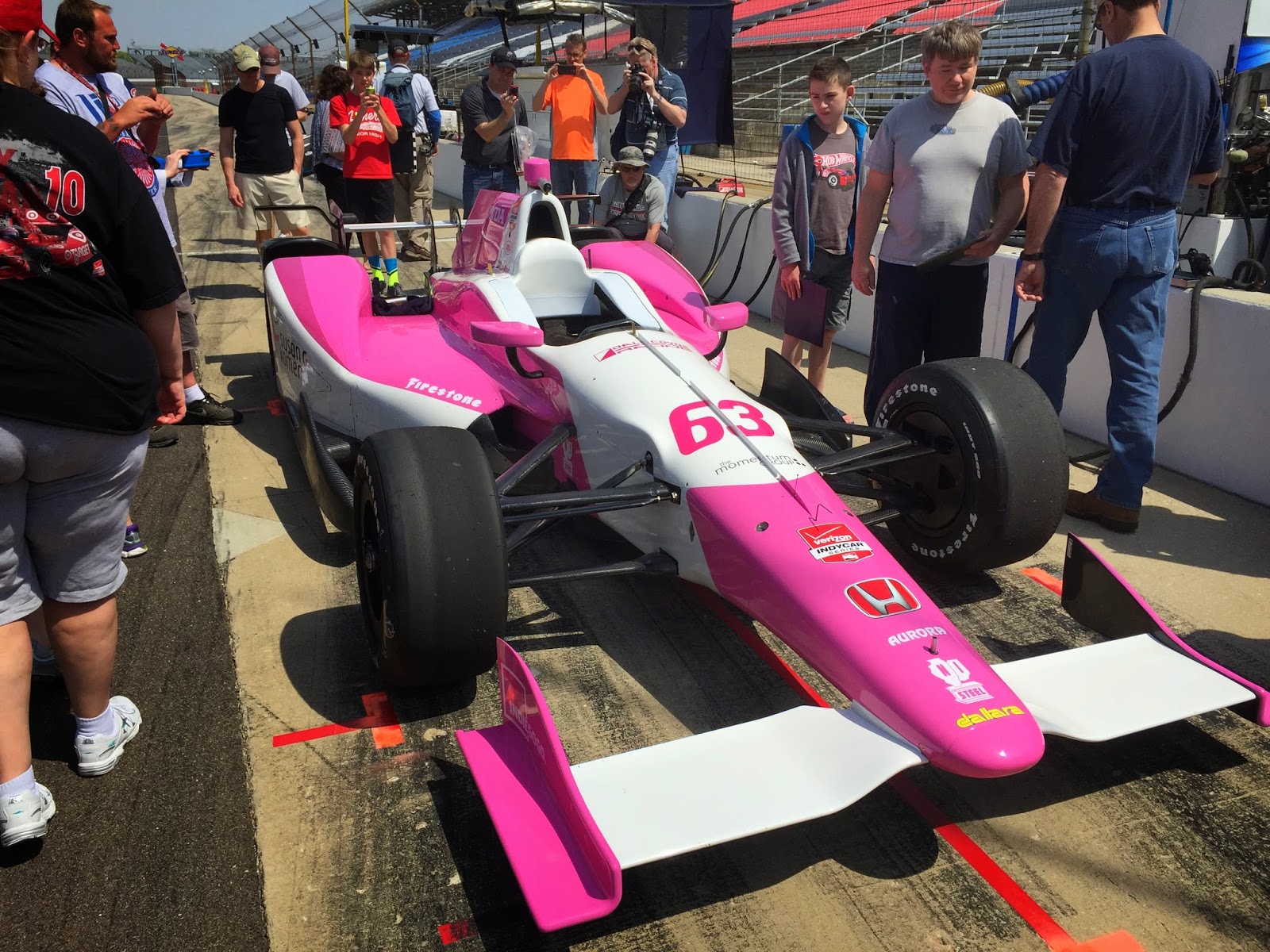 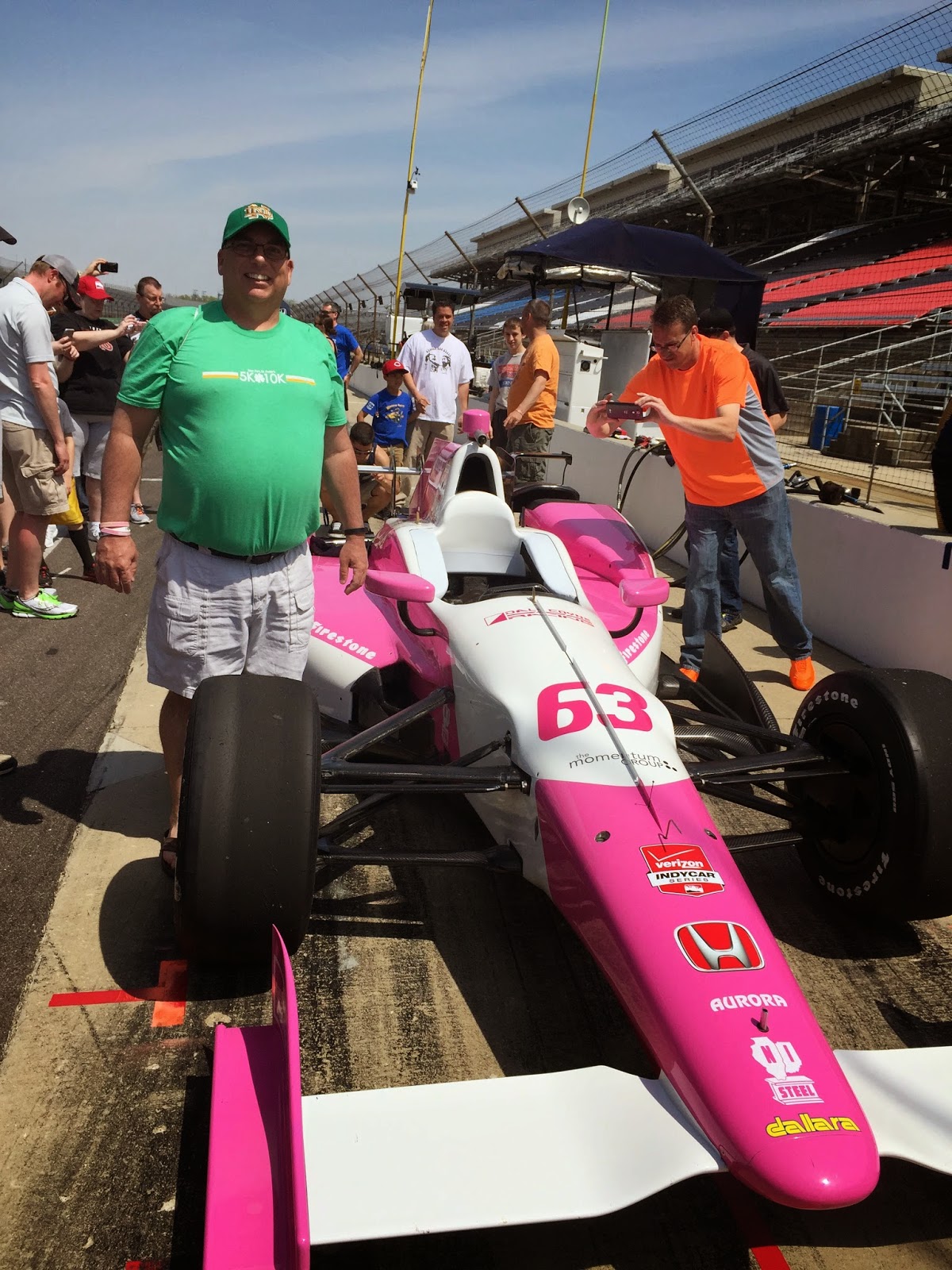 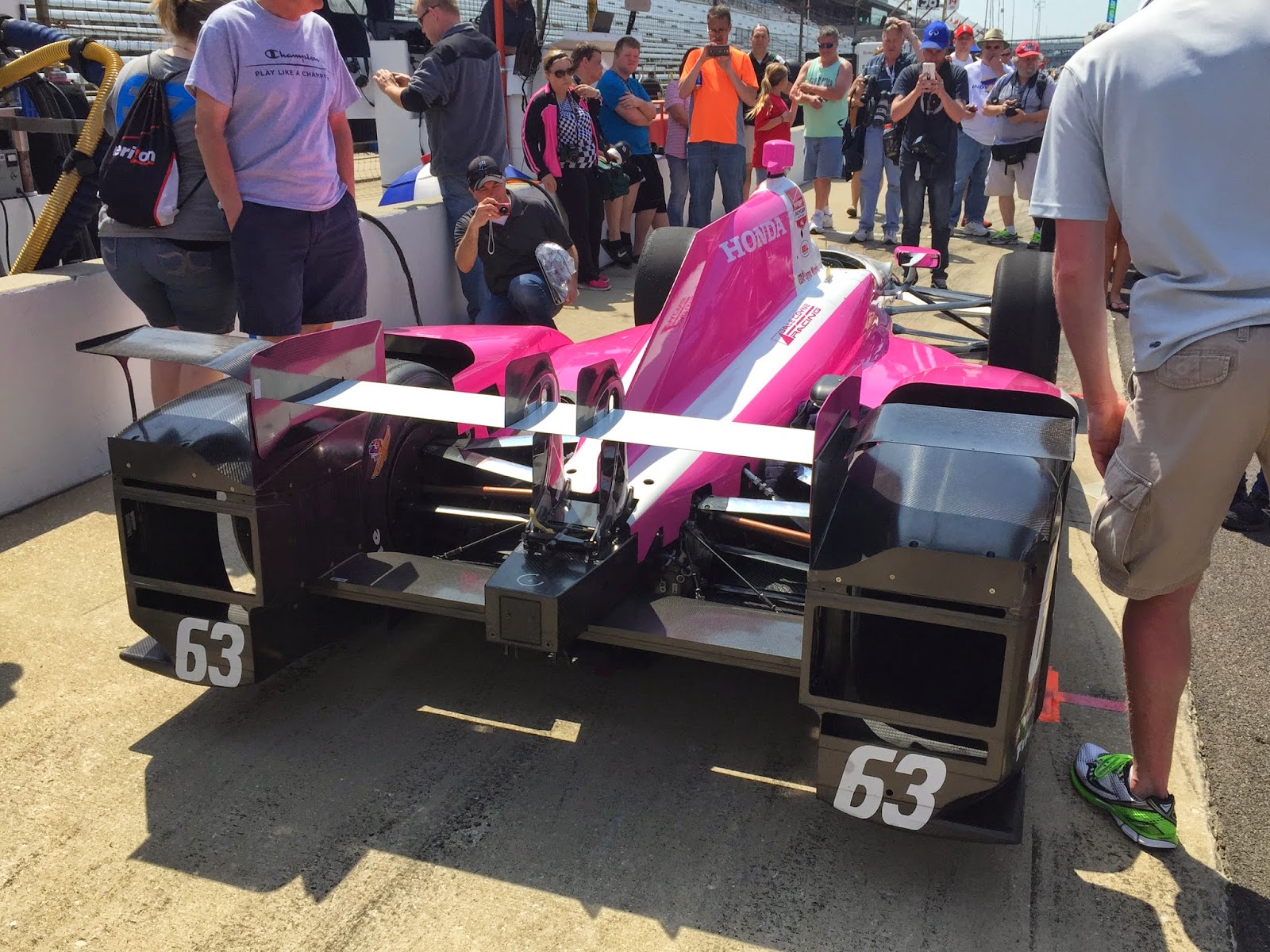 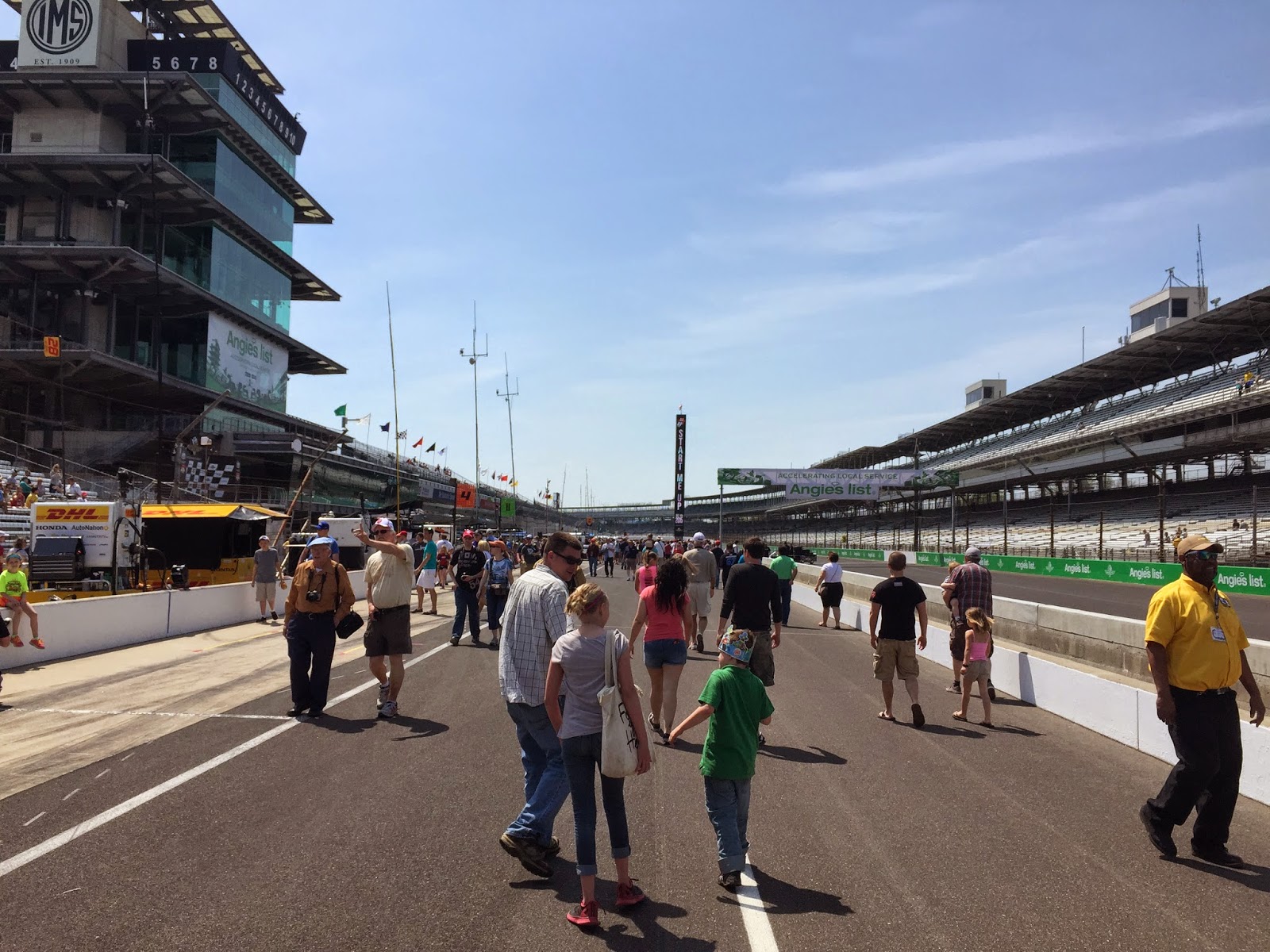 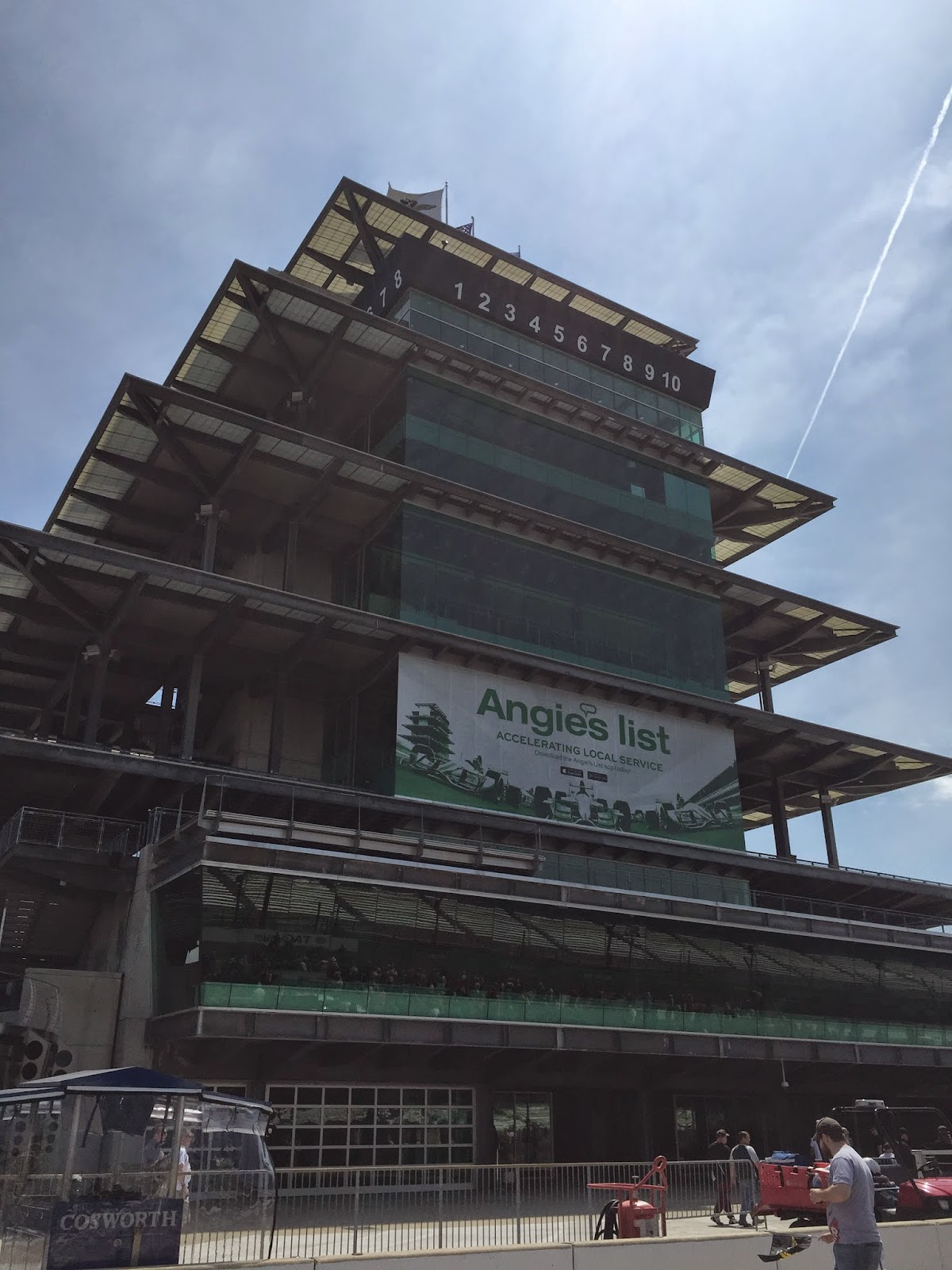 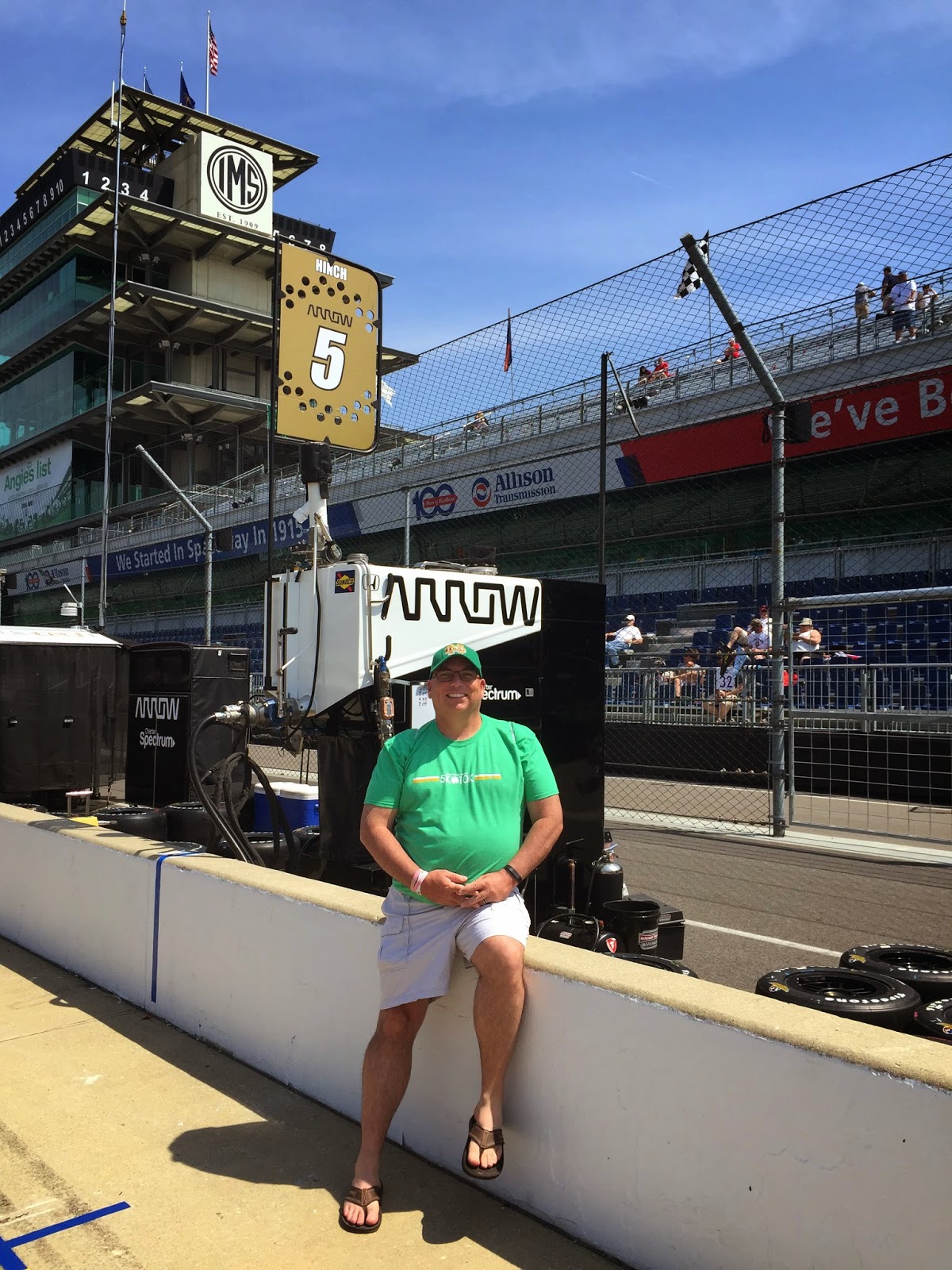 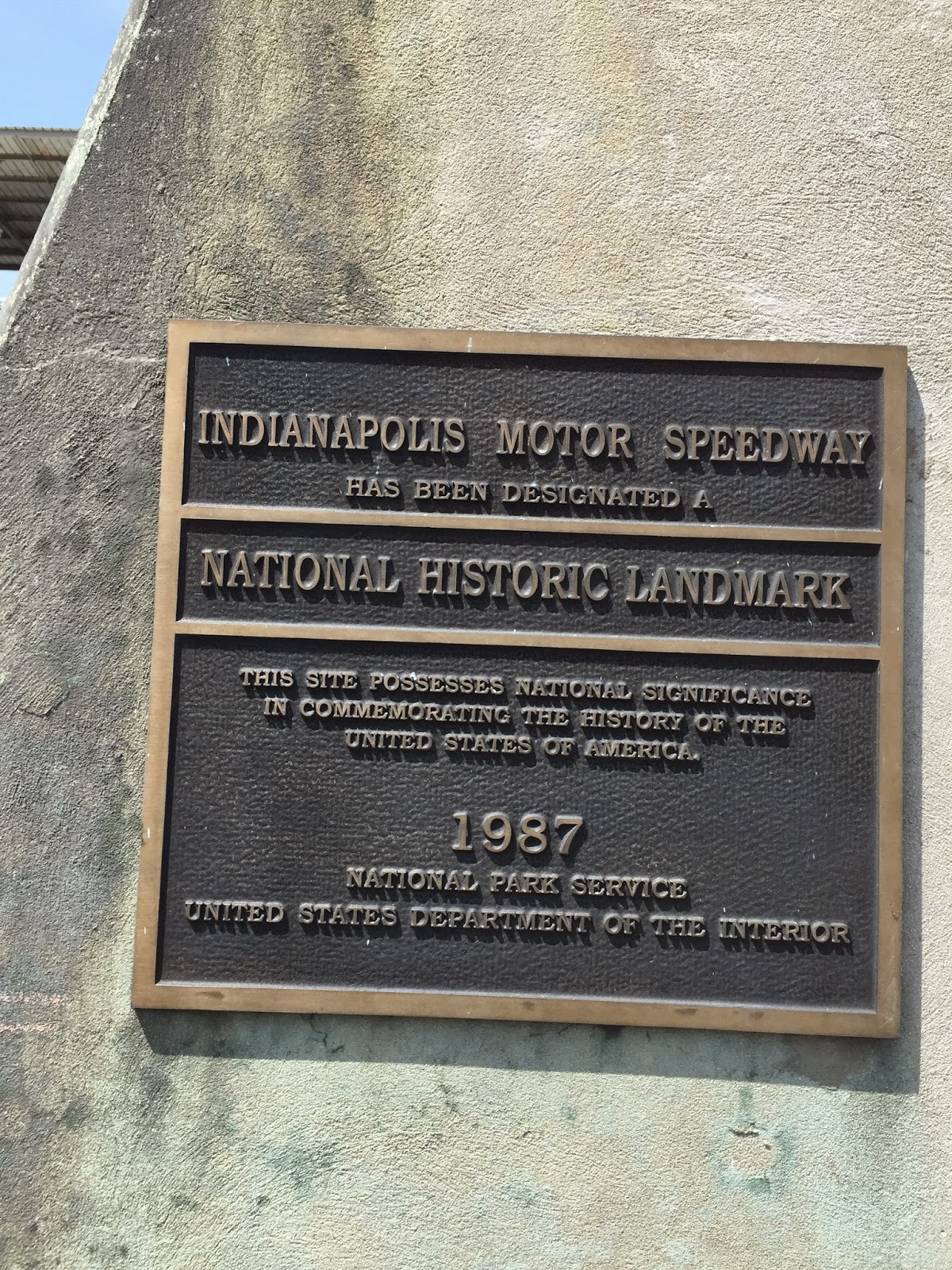 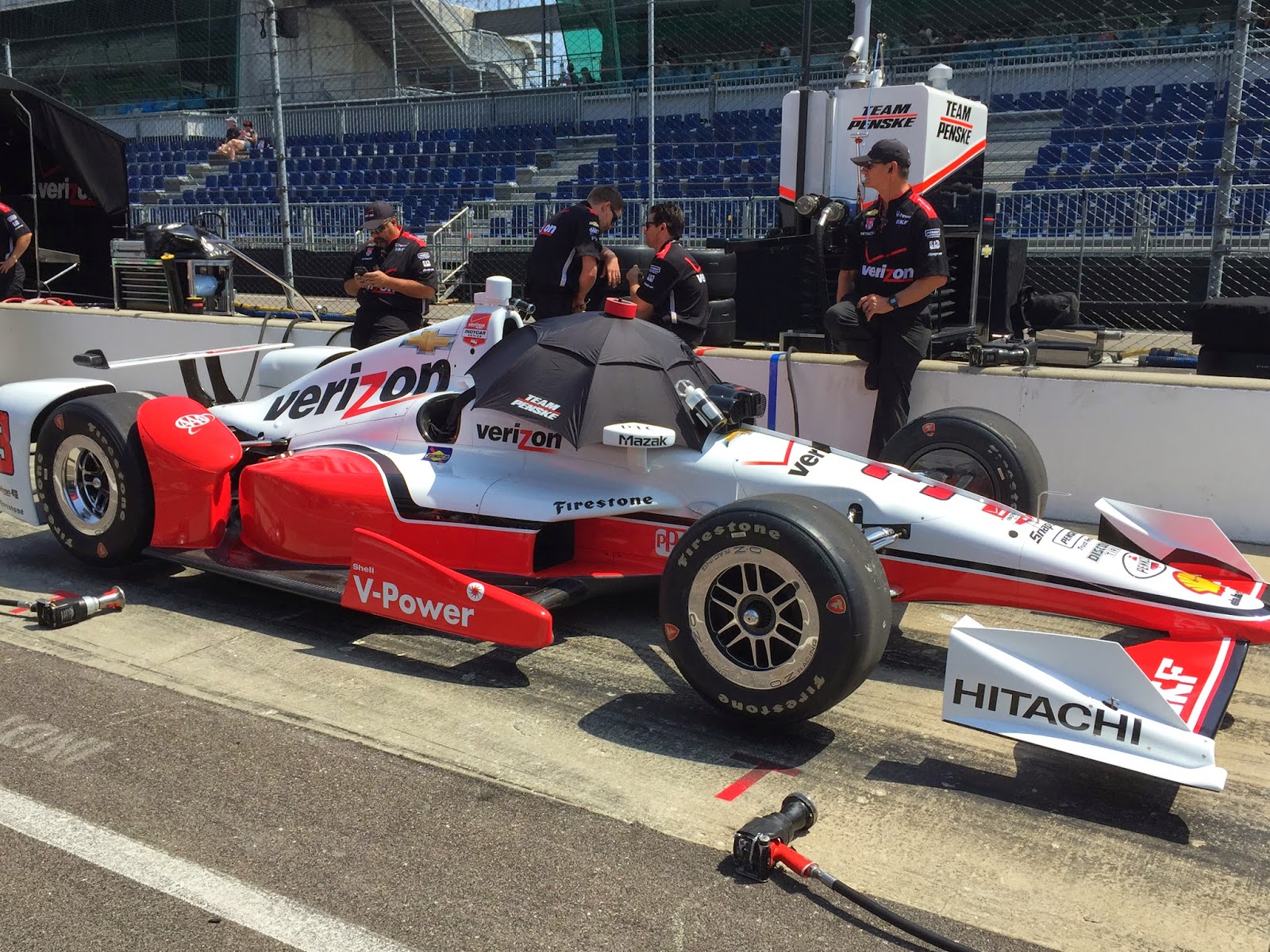 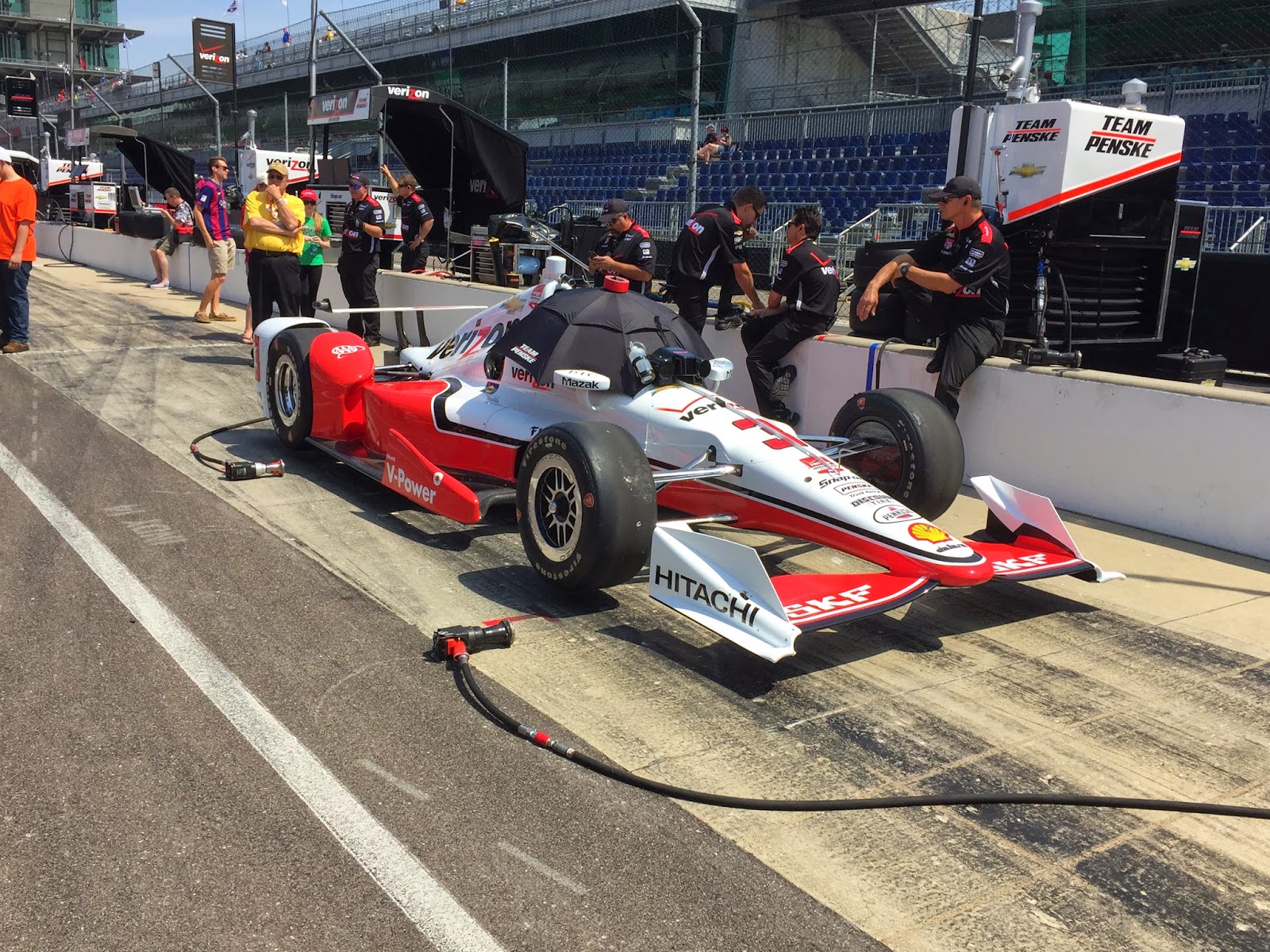 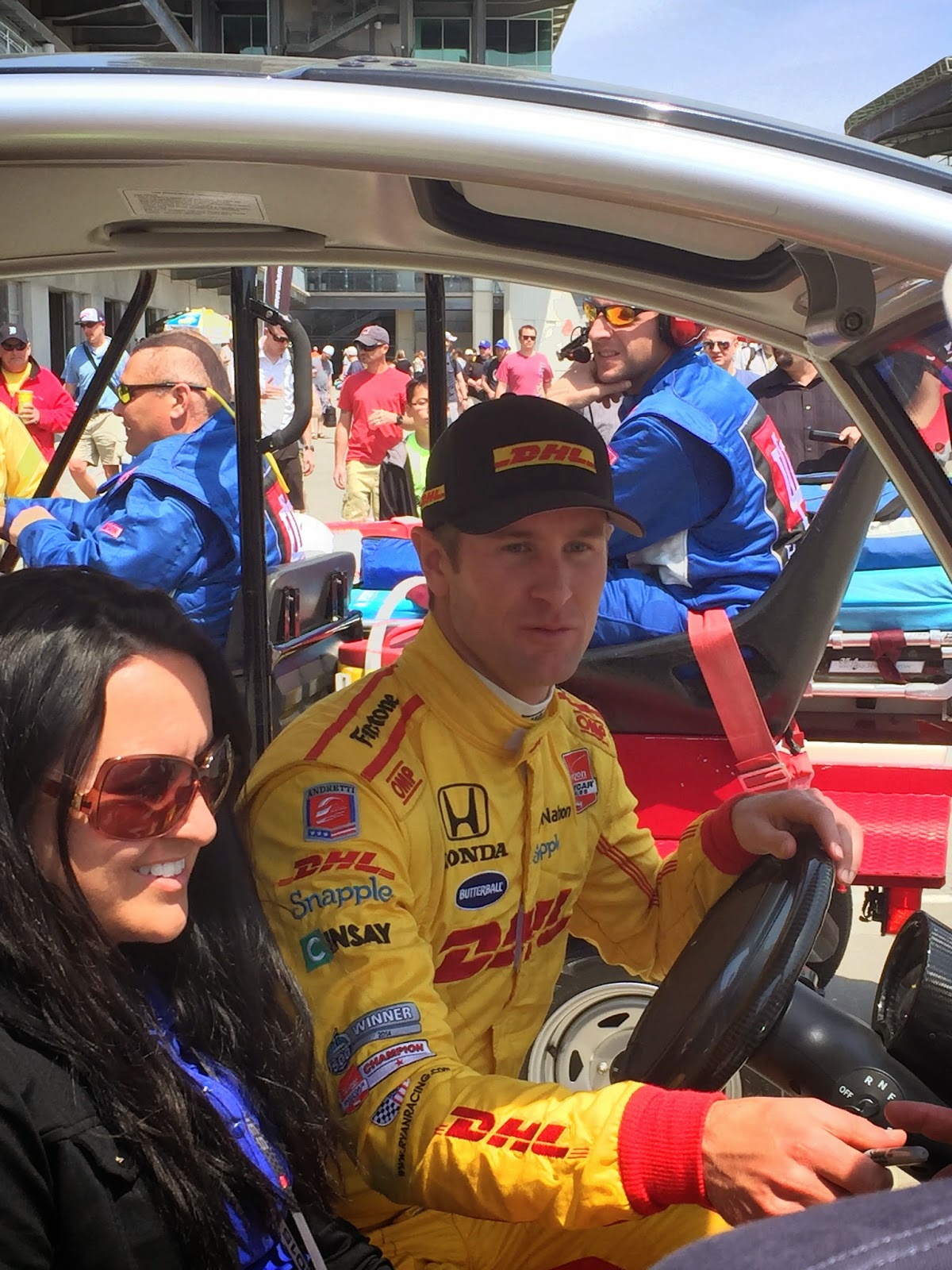