Another Trip To The Singapore GP Circuit

Tuesday here in Singapore started out a little cloudy and rainy, but in the late morning the rain went away, although the humidity did stick around.

What am I saying? The humidity always sticks around here! As I type this at a little after 1 p.m., the temperature is 90 and the heat index is sitting at 106. Oy.

But because I'm crazy and wanted to see the Singapore GP course again, I hopped in a cab and went over there with the intention of running back to my hotel. Unlike Sunday, I brought water with me, but you know, it just doesn't matter.

If you remember my post from Sunday, much of the circuit was barricaded for the half marathon that was going on. Today those barriers had been taken down so the track was wide open. I was a little hesitant to go out there because I thought maybe there was some unspoken thing that you weren't supposed to. And, if you believe the urban legends, the smallest of violations in places like Singapore lead to hard labor or something like that.

Not true, well, for the most part. I don't intend on breaking any laws while I'm here, but so far Singapore seems like any other city -- the people are just like us, they work and play and go about their lives. In fact, I'm on day four here and I have only seen one police car, and that was at the scene of a traffic accident.

Anyway, a moment or two later, a couple of guys came running by and they went right down the main straightaway, so I knew I was good. It was still really cool to be there a second time, and so I took some more pictures, which you can find at the bottom of this post. 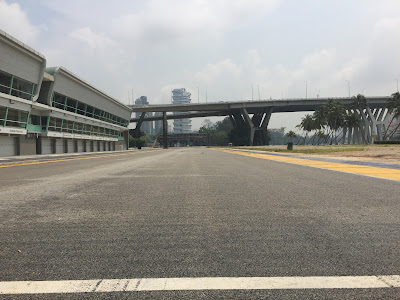 I ended up running the last mile of the circuit -- I ran the opposite way the cars go -- beginning at the starting line. The photos are pretty self-explanatory, but I wanted to point out two of them. Because I am seriously dorky, I walked up to the P1 box on the grid and sat down to see what it looks like from a driver's perspective. 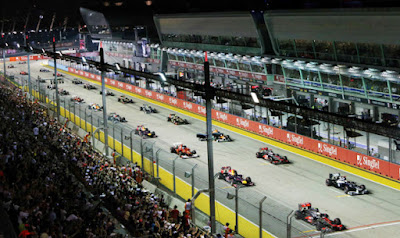 This is what it looked like. I tried to imagine what it is like to be a driver sitting there waiting for the race to start. I can only imagine.

Kind of cool, isn't it? It's a bit hard to believe that this desolate-looking place becomes a place where they hold a Grand Prix race!

Here is a photo I grabbed that shows an overhead shot of the start of a past race. A little different looking, isn't it?

I'm still amazed how easily it is to access the track, but I'm glad they are OK with it, because it's certainly a cool experience! 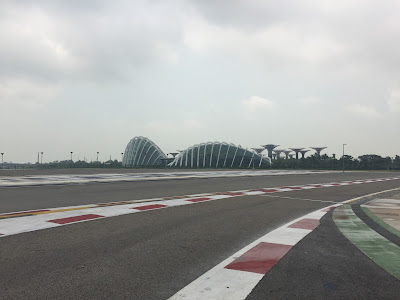 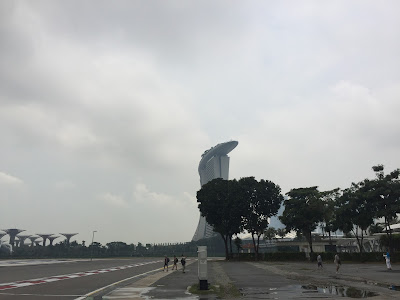 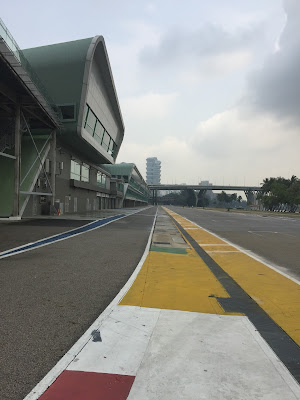 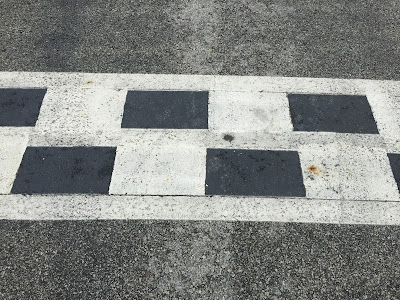 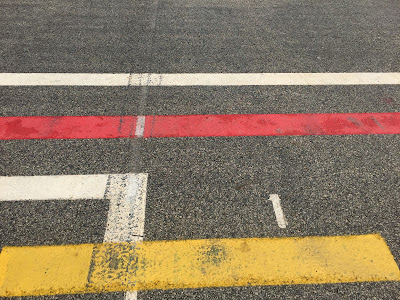 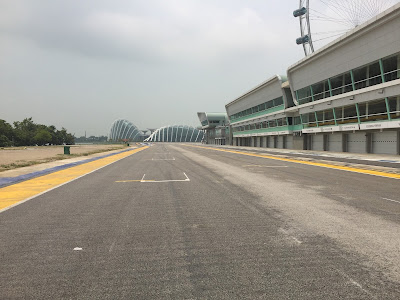 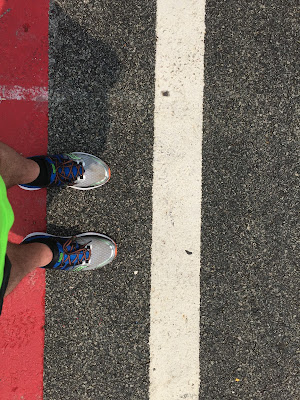 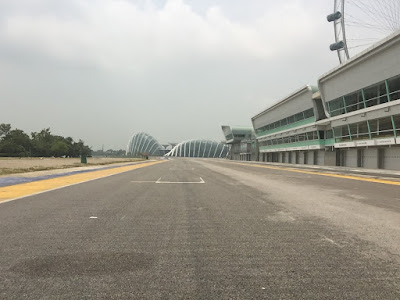 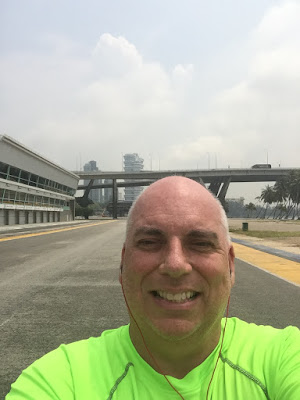 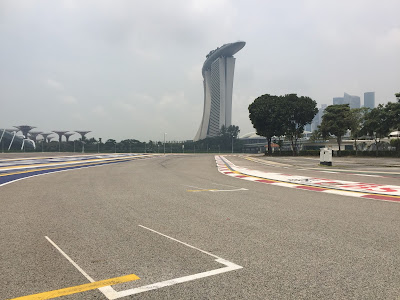 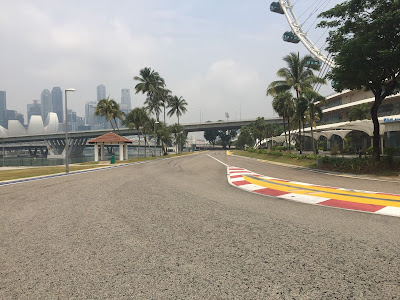 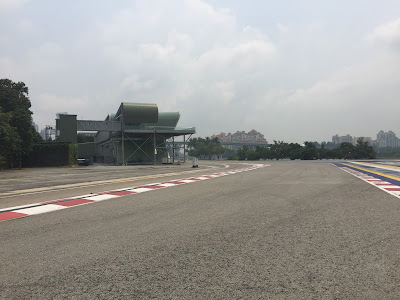 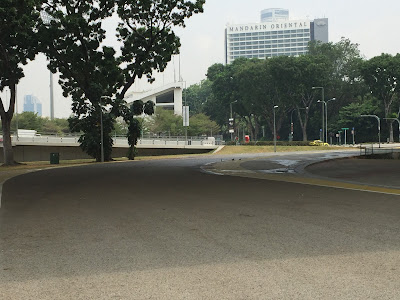 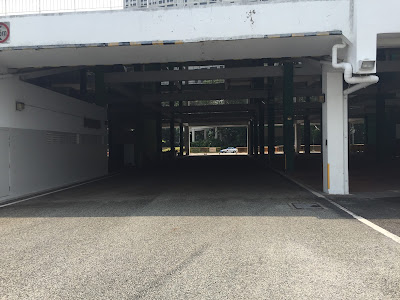