Checking Out My Local Track

I'll probably post some sort of wrap-up to the Barber race later this week, but in keeping things chronological, I'm instead going to post about a trip Kevin and I took to one of our local tracks this weekend. 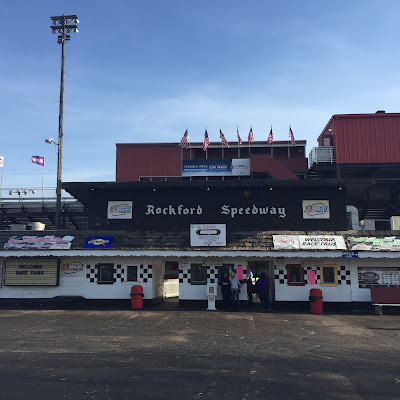 Rockford Speedway, in Rockford, Ill. is .25-mile, paved high-bank track about an hour from Bartlett, and we decided to head out for the Opening Night of the track's 69th season Saturday night. The track has an incredible history, as drivers like Mark Martin, Rusty Wallace, Matt Kenseth and many others have raced there.

Chad Knaus, Jimmie Johnson's crew chief, got his start there crewing for his dad, John, and current Xfinity series driver Erik Jones raced there in 2011. This fall, the track will host its "National Short Track Championships" for the 51st consecutive year!

Saturday was actually my second trip there -- my dad took me a couple of times in 1976-77, but certainly a lot has changed around that area since then!

I don't remember much being around the track 40 years ago, but the city of Rockford has grown so much over the years that the track now sits right off a busy intersection, with a lot of newer houses close by.

Anyway, I digress. One of the best things about going to local tracks is you can't beat the price...it only cost $21 for Kev and I to get in, and they really had a decent selection of food too! 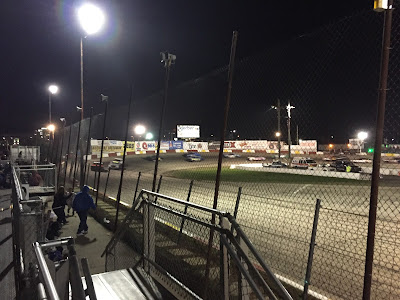 We started the night sitting up near the top of the bleachers, but Kev wanted to sit closer so we moved all the way up to the front row right behind the flag stand. Since the track is so short (it's the same length, believe it or not, as a high school running track) and the sight lines so good those were actually better seats.

The racing looked great once it got dark, and even though the fields were a little on the small side there was a lot of really good racing. 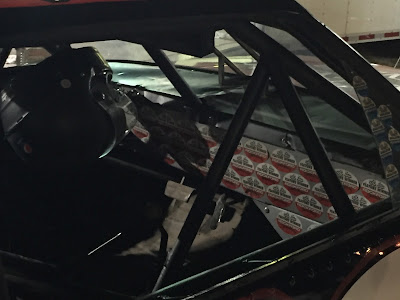 One cool aspect about local tracks is there is such a mix of history and tradition. Many of the drivers racing Saturday night were second or even third generation drivers, with the oldest being 76-year-old Gene Marocco (here is the inside of his car, note all of the "feature winner" stickers!) and the youngest was 15-year-old Tyler Hromodka, who was running in the Late Model series.

The Late Model feature proved to be the most exciting race of the night. With several drivers waging a huge battle up front, the white flag flew and everyone started banging on each other and coming out of the fourth turn towards the checkered flag the top two cars collected each other and slid sideways across the finish line. It was some good stuff. 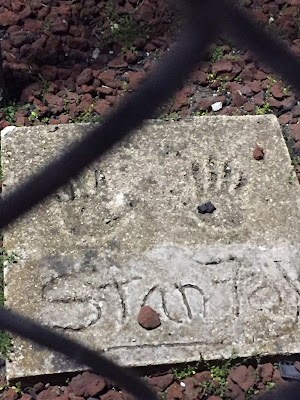 After the racing was finished the pits opened up so we went back there and checked out the cars and spoke to a couple of the drivers. It was certainly an interesting community, and one that looked a lot of fun to be a part of!

On our way back there I checked out some concrete pavers they had lining the track, and I found a couple of interesting ones. This one belongs to Stan Fox, who is a member of the National Midget Auto Racing Hall of Fame. Stan also drove in the Indy 500 eight times, and while he is mostly remembered for his horrifying crash at the start of the 1995 race, he also posted two Top 10 finishes.

All-in-all it was a great night at the track, and we plan on going back more than a few times this year. There is also a half-mile track up in Madison, Wis. that has good racing, so we might head there too.

If you have access to a track in your area, go out and support the racing there a couple of times this year. It seems like Rockford is a place that is pretty well-supported, but many are not, and that is a real shame. It's really sad when a track has to shut its doors.

And if anything else, go just because it's fun! If you read this blog, chances are you take your racing seriously, and that's totally cool because I do too. I wouldn't be writing if I didn't. But at the same time, it's fun to just go out and watch racing that's fun and exciting and doesn't mean anything. It's just pure racing, and it shows us what we love about the sport. 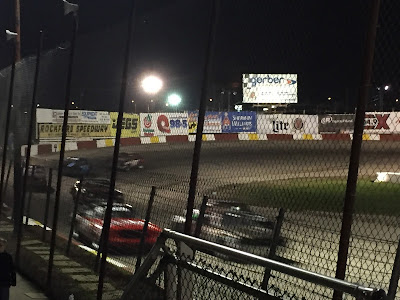 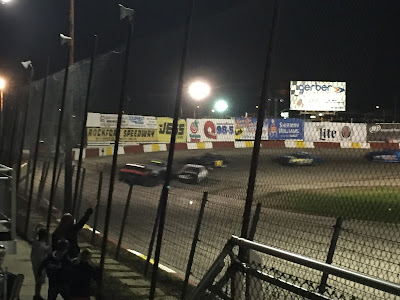 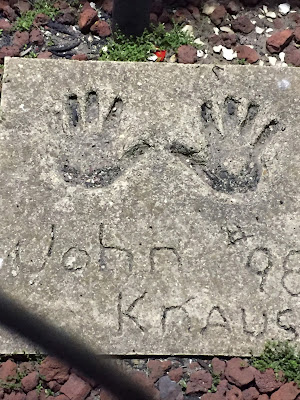 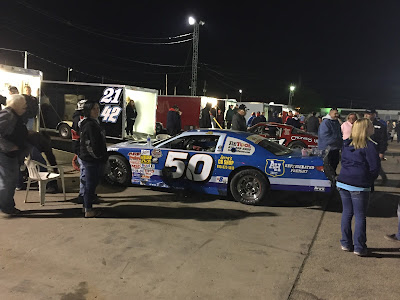 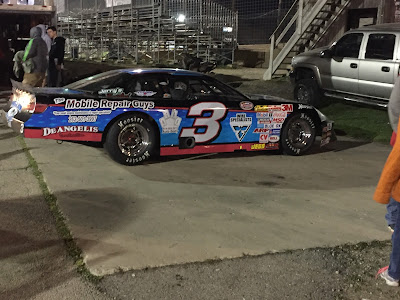 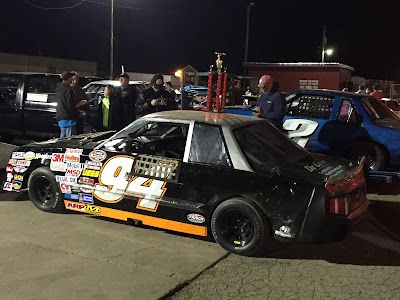