"The Most Important Race in History"?

The Indianapolis Motor Speedway released that as its 2011 centennial race slogan, and for a place that understands and reveres history so much, I have to question their decision. (Its cheesiness can be covered elsewhere)

With the positive forward progress the IndyCar series has made recently, it is the most important of the current era, I'll give them that. The series is in a prime position to become relevant once again, and the 500 represents a big piece in restoring IndyCar to national (and to some point international) prominence.

Still, in the 100-year history of the race, one day stands out to me as "important":

Because of World War II, the 500 had been out of the public eye for five years. With our nation focused on the war effort, and auto racing banned for the duration, the Speedway gates were locked, leaving the grounds neglected and falling into embarrassing disrepair. Weeds were growing out from between the bricks, buildings were falling apart and the facility had been all but forgotten. Even 65 years ago, when the world revolved at a much slower pace, five years was a long time. 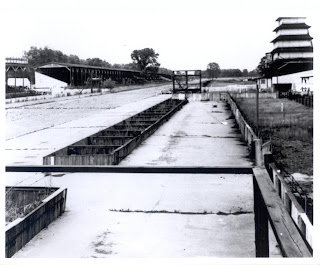 When WWII ended, many people believed that the Speedway would eventually be demolished. Fortunately three-time winner Wilbur Shaw had enough faith in the viability of the 500 to want to keep the race alive, and found Tony Hulman to purchase the facility for $750,000 in late 1945.

Who knew what to expect when the month of May rolled around in 1946? The cars were old, the field included 10 rookies and the popular Shaw, a native Hoosier who was one of the more recognizable names in the sport and who had won three of the previous five races, had moved to the business side of the event.

You can only imagine what was on Hulman's mind when he woke up on race day...if he slept at all! In hindsight we can say what he did was brilliant, but that probably wasn't easy to see at the time. Who knew what the day was going to bring? Would the crowds come back? Would the race be able to even approach the popularity it had once enjoyed?

Fortunately, it did. By all accounts, fans were lining up at the gates, as always, when the sun was barely cracking the horizon.
﻿Ralph Hepburn, who started 19th, broke the track record by qualifying at 133 mph and was a full seven mph faster than pole-sitter Cliff Bergere. He likely brought the roar back quickly by charging his Novi to the lead in just 12 laps and staying in front for the next 44 circuits. George Robson dominated the rest of the day, leading 138 laps and eventually winning the race by 44 seconds over Jimmy Jackson and by 12 minutes over third-place Ted Horn.

In the end it was a significant day in a very significant time in the Speedway's history, and began an era of the amazing growth of the 500 in every way imaginable over the next two decades. But the question remains: What if Hulman hadn't come to the rescue in late 1945, and no one else had stepped forward to take over the Speedway? What if the race had been forgotten in the eyes of the public?

What if they put on a race and no one had cared?

If any of that had happened, we wouldn't even be celebrating the race's centennial this year. Instead of the roar of race cars, the air around 16th and Georgetown would more than likely be buzzing with lawn mowers, as people walked out of their homes and cut their grass on the grounds of where a great Speedway had once stood.
Posted by Mike Knapp at 3:07 AM