So here we are, the final week of the IndyCar season. Excited for the race, and the championship battle that will ensue between Ryan Hunter-Reay and Will Power, but also quite bummed about the fact that the season ends on Sept. 15, and that it will be six long months (or so) until we get it on again. 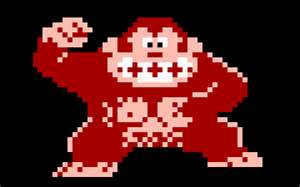 But wow, what a weekend this is setting up to be! In the words of Future Porter from the movie "8 Mile" (which believe it or not is a favorite of mine): "I don't even have to stress how important this is! It's the championship! It's what you came to see!" (Edited version of course)

After thousands of miles of racing, it comes down to 500 miles and two guys who are separated by a total of 17 points.

Power's objective is simple: under the most basic scenarios (and there are lots of them), if he finishes on the podium he wins the championship, or if RHR finishes sixth or lower and collects no bonus points for a pole or leading the most laps.

That is the easiest way to put it, if you want every single combination possible, go here and read the sweet spreadsheet from Shane Rogers that I posted in my Baltimore wrap-up that gives way more detail than I can explain here. One thing to note is that if they end up tied then Hunter-Reay wins the title based on having a 4-3 advantage in wins.

The odds of Hunter-Reay winning the title are pretty stacked, and while I'll go into lots more depth in my preview post, I still have the feeling that he is going to win the championship.

Power had a chance to put this one away last week at Baltimore and he didn't get it done, and on two other occasions he has entered the final race of the season (both on ovals) and couldn't close. Until he does otherwise, and as long as the season finales will be run on ovals, I can't give him a lot of love.

Interesting to note that Hunter-Reay crashed in testing at Fontana today, but nothing seemed to get hurt or damaged too bad so it's a matter of no harm, no foul.

One thing I am really happy about is that the race is 500 miles. Originally the race was scheduled for 400 miles but was changed soon after, and I'm thinking -- or would like to believe -- it was changed because the fans wanted it that way.

While I think you have to be careful about getting into "distance overkill" territory, two, or even three 500-milers in a season doesn't take us there. Especially if a third race, such as Pocono, could create some sort of Triple Crown situation.

It's a good thing because 500 miles is a test, and if a championship is to be won in this race, it should be a little harder. And the longer you make a race, the more attrition comes into play, and that is never a bad thing.

And while I also think it is cool that we are once again going into the final race of the season with the title up in the air, I wish there was a way to spice it up and add some excitement so that more drivers could be involved. Probably the easiest way to do that would be to double the points available, or maybe double the top 10 positions.

All of the sudden, you go from two guys having a shot at the title (Power and Hunter-Reay) to five, because if Simon Pagenaud, in fifth place and 83 points behind Power, could win the race and pick up over 100 points, he would still have an outside chance to win the championship. He'd need a lot of help too, but one thing the last day of the baseball season taught me last year, stranger things have happened.

Could you imagine how crazy it could be and all of the wild swings in momentum that would go on during the race? I guess you can argue that it takes away from the rest of the season, but my retort would be that you have to race hard for 14 races to even be in that position. Anybody in the top 5 would be a worthy champion in my book.

By the way, this is the first time IndyCar has raced at Fontana since 2005. That race featured the coronation of Dan Wheldon as the series champion and a spirited battle between Dario Franchitti and Tony Kanaan that Franchitti won by a nose when Kanaan had an "issue" with his car just yards from the finish.

Of course, we have a pretty good idea what REALLY happened, and to me that's all good. But here is a clip of the final handful of laps. Enjoy!