...or, if you want a different title "Why I Don't Write Critical Stuff About IndyCar"

OK, so this weekend is off to a great start at IMS, which is awesome. I'm so looking forward to this weekend, as well as the rest of the month. Especially since these babies showed up in my mailbox today: 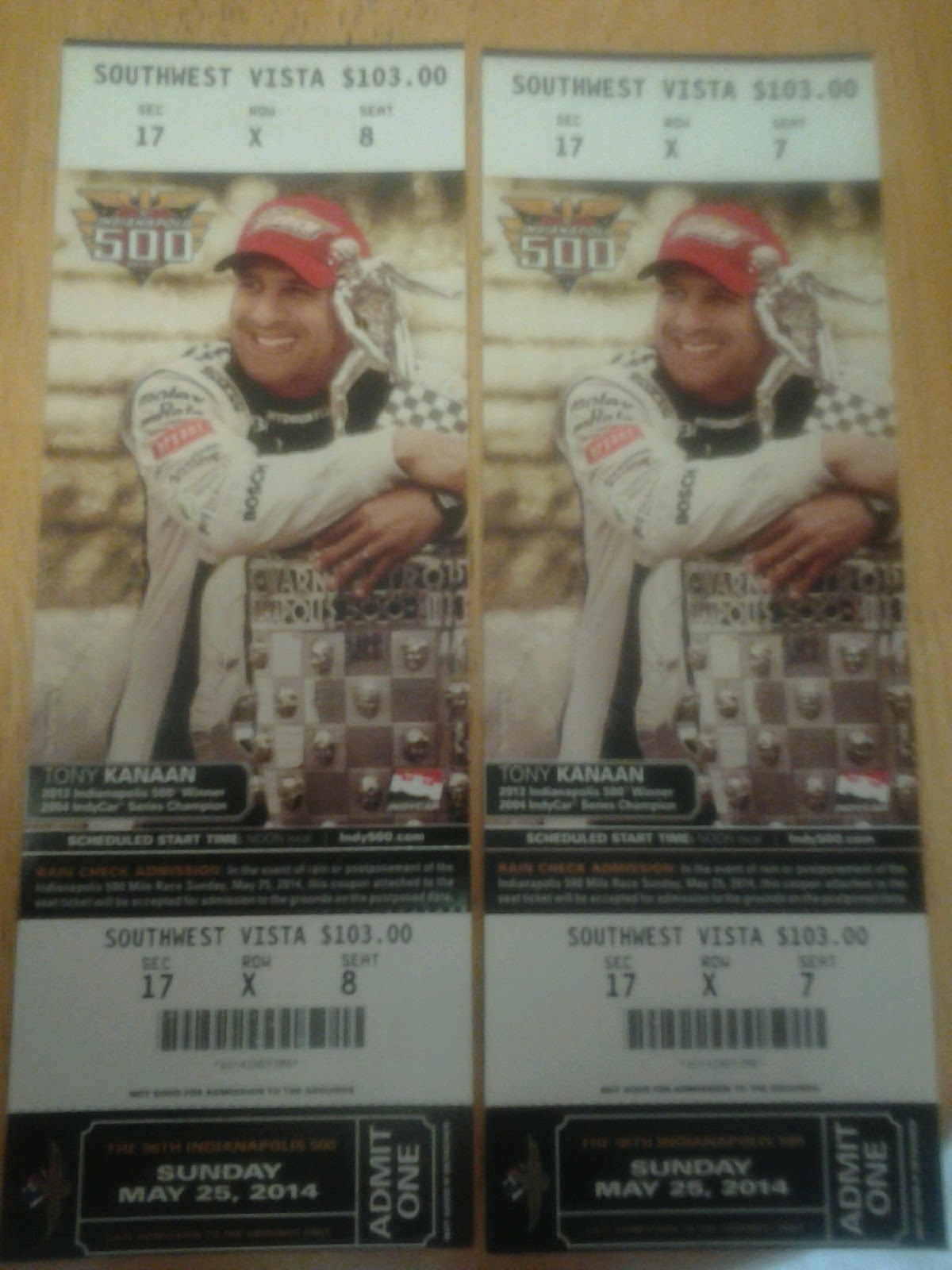 I hope to do a lot of blogging this month, but with all of my stuff going on, especially Matt's high school graduation activities, I'm not quite sure how much I'll get done. Certainly not the epic posts of two years ago, but I'll try.

But today I'm tackling a different subject, and one that I've felt was too controversial to take on before now. Or maybe I just wasn't comfortable blogging about it. I'm not sure.

Either way, it's about the criticism of IndyCar (or its subsidiaries) and why I don't partake in it. I got into this mode because there was a discussion on Twitter about a certain website -- which I won't mention -- that posted an anonymous blog post from someone who was hyper critical about the Road To Indy ladder program.

It was an anonymous post using anonymous sources, and while I can't say I disagree with the content, it should have been done better and in a way that lends it more credibility. And it could've been, had whoever wrote it not been too lazy (or scared) to do some research and talk to the right people to get it done. Whether you agree with the idea or not, something that scathing and with that much information to it needs more work done to it.

I've discovered over time that one of the worst things you can get labeled as a fan of this series is a "cheerleader". You know, the people who love IndyCar and think that everything is great. Sometimes I wonder if people put me in that category, and they probably do. And for that I don't really care, because I am.

You know what? I have too much shit going on in my life to get all rankled about IndyCar. I love the drivers, I love the tracks and it's a great way to get away from the rest of the world every so often. I also love IMS, it is the greatest place in the world to me, a living, breathing place that even the thought of has gotten me through some black days in my life.

I'm not going to get upset about TV ratings, or what the marketing department does, or how the PR staff does their job, or whatever it is others seem to get their shorts in a bunch about. It's not worth my time, because even if I thought I knew, I have no idea.

Sports are supposed to be a diversion, and my experience as a writer has shown that pro sports, whatever the sport, and whatever the level, are way more complicated than we could imagine. I've been a baseball fan for 40 years and have been a beat writer for the Kane County Cougars for the last 15...but yet there is rarely a night I'm at the park that I don't learn about baseball. I take that attitude into everything I write, because I don't know everything, and I'm never going to try and act like I do.

Going a few paragraphs back up, the reason I rarely, if ever, criticize the IndyCar series is because I don't have the access to do so. I don't know people inside, I don't have any contacts, and I can't say I'm friends with any drivers.

Which means this...if I posted something on here in trying to act like I knew what I was talking about, I would be a fraud. Yes, I know this is a blog and people can do whatever they want to do with theirs, but when post something here, it is with the same eye towards credibility and professional integrity that I take to my writing assignments.

Have I editorialized? Sure. A lot. That's what makes this fun. Have I crossed a line from time-to-time? Yes. But at the same time, I've never tried to be anything on this site that I am not.

While I don't follow the same sorts of rules here that I do in my writing gig -- mostly because this blog is probably full of run-on sentences, dangling participles and profanity -- and this is an outlet of sorts for me, I also try hard to adhere to the same values. And the biggest one is this...I write about what I know.

What is frustrating to me is that many people don't. Don't get me wrong, I love blogging, and I love most of the people that blog about racing. I've met almost all of them, and they are great people who have a huge love for racing. They are my peeps, and a big reason why I am into this sport again.

What rubs me the wrong way are the people that post on blogs or Twitter who think that an Internet connection and the fact they can type coherent sentences makes them a journalist. Or that they can use big words like "sources" to try and give them credibility. Problem is, most of them have never picked up a credential and earned the right to call themselves that.

When an accredited writer has a story lead come across their desk, there are certain rules that apply. Check sources (and have at least two), do research, get all of the information you need should the integrity of the story get called into question. People have lost jobs failing to do such a thing, and it is the toughest part of the job.

I get angry because in my 15 years of writing I've spent thousands of hours covering events, driven thousands of miles to get there, and eaten thousands of pounds of really bad food. I've worked hard at this, and so have a lot of people that I call my friends. I have a great day job in an IT department, but when people ask me what I do I tell them that I'm a sportswriter. It's my identity.

If you are still reading, some of you might be thinking: "he needs to come down from his high horse". Look, I said I'm a writer, I didn't say I was a good one. There are lots of guys I work with on a daily basis who put my writing to shame. But what makes all of us mad is that people who log into some blogging software and slap some stuff onto the web have, in many people's eyes, the same credibility we do. Everyone gets lumped into the same "media" category.

That's just not right. It's never going to change, but it still isn't right.

Look, I'm not telling other people how to act, because there is room in the world for all of us. But what I am trying to say -- without sounding like Jack Nicholson in A Few Good Men -- is that if you are going to try to act like you are a journalist, or even someone who tries to act like they are in the know, do me a favor. Get credentialed, do the work necessary to write the story and put some time and care into it. Sit next to one of us at a presser and try to get the courage up to ask a question in front of a national press corps. Face up to the people you write about. Most of all, stand behind your work. Maybe then you will know how the real work is done, because it isn't what you think it is. Not even close.

I'm going to say one last thing. My name sits on top of this blog, and that means something to me, despite the fact that most of my posts only garner a couple of hundred page hits. That doesn't matter, because it's still about credibility and integrity, and that means a lot to me. I wish others felt the same.
Posted by Mike Knapp at 4:13 PM