Are you excited yet? I hope so, because I know I am. And even better, I'm already in town, which hasn't happened since, well, I actually lived here 20-plus years ago. Since Kevin had his last final exam today, we were unable to make it here for Carb Day, which I heard was pretty insane, but we got down here in time for the Carb Night Burger Bash. 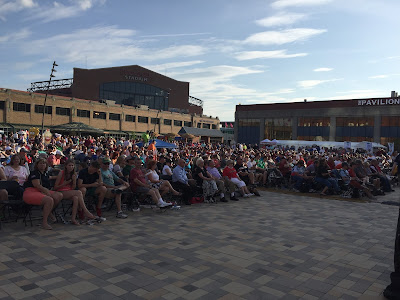 Started by Indy Star racing writer Curt Cavin nine years ago, the Burger Bash has grown steadily over the years, and for the first time, moved downtown to the Pan Am Plaza. It's a great chance to see some drivers, and really get into the spirit of race weekend.

This was our first Burger Bash, but certainly not the last, as we had an great time. As you can see from the photo, we had a lot of company!

We got there a little early, so it was kind of slow for a bit, but Curt Cavin finally took to the stage and the rest of 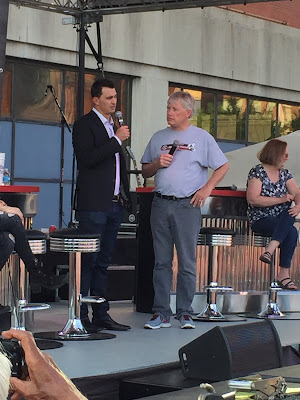 the night was just a parade of drivers who made it up onto the stage, with part of the night serving as an episode of Curt and Kevin Lee's popular radio show "Trackside".

In all there were at least 15 drivers who will participate in Sunday's race at the Burger Bash, including Graham Rahal, whose main sponsor, Steak N' Shake, which had a huge presence at the event, serving shakes (the chocolate shake was outstanding), burgers and fries.

The greatest thing about the night? It raised a boatload of money for charity, and that might be the best aspect of the Burger Bash, is that it is a great thing for the fans but goes a long way towards helping people too. 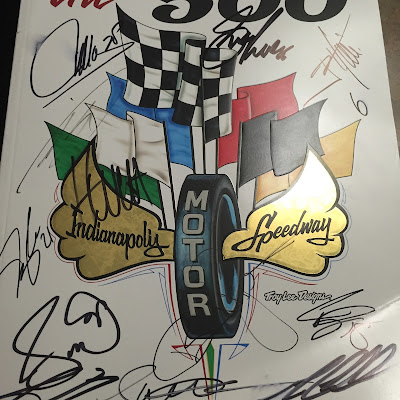 Since it's after midnight and I am getting up early for Legends Day, I won't go into a ton of detail about the event, but to me the best part of the night was being able to interact with the drivers in a relaxed setting and get some photos and autographs.

As you can see from the photo of my program from last year, I had a good night! Of course, the one I was most excited about was polesitter James Hinchcliffe's.

I've met Hinch a couple of times before and even gotten some photos with him, but never really had the chance to talk to him, and to get his autograph.

While he was signing I said to him, "Hinch, I am beyond excited for you.", and he replied, "Thanks, I really appreciate that". One thing that makes Hinch so popular is that you can tell he is being totally sincere when he says stuff like that. I think this month has meant so much to him.

The great thing about getting here on Friday is that is reminds me of the days when I used to live here, when I was going to the track a lot and feeling the energy build as the month goes on. It's hard to explain this weekend to people who haven't been a part of it, but there is nowhere else in the world I'd rather be right now.

Here are a few more photos from tonight. Enjoy! 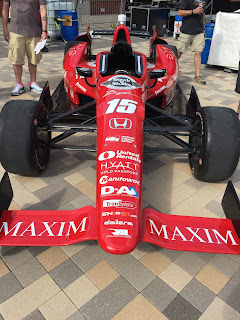 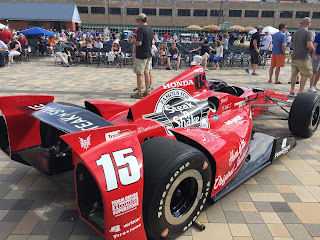 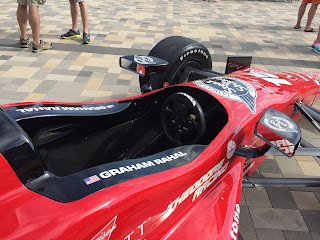 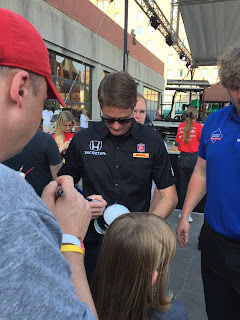 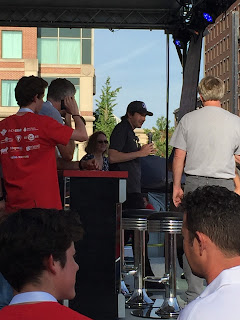 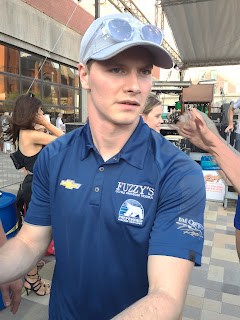 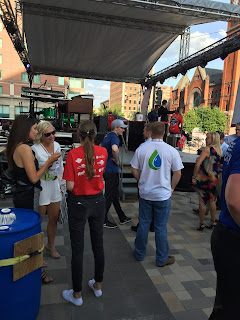 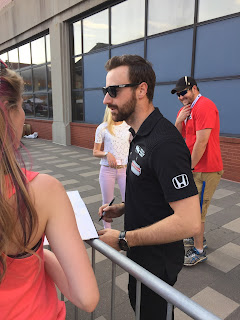 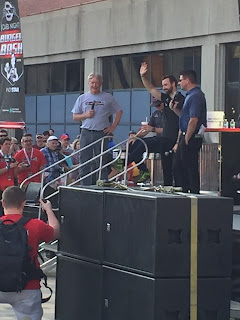 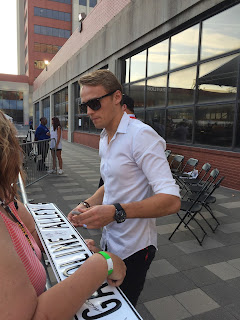 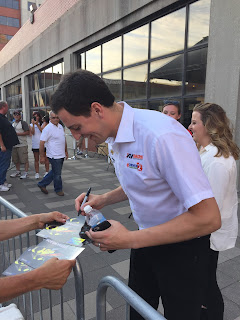 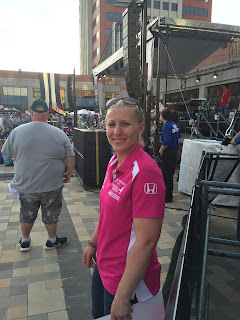 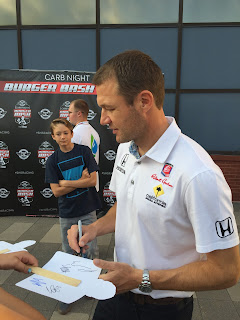